The Metropolitan Police Service (MPS) is the latest force to go live with fingerprint scanning devices which can check a crime suspects identity within two minutes.

The Metropolitan Police Service (MPS) is the latest force to go live with fingerprint scanning devices which can check a crime suspects identity within two minutes.

The MPS is the 25th force to introduce the Mobile Identification (MobileID) technology, meaning more than half the police forces in England and Wales are now using the scanners since they were launched by the National Policing and Improvement Agency (NPIA) last year.

The MobileID device is about the size of a mobile phone and allows officers on the beat to scan a person`s fingerprints and check them against information from the national fingerprint database, IDENT1, for verification. The device will be used in instances where an individual is suspected of committing an offence, or wanted for a previous offence. Fingerprints taken on the devices are not retained after a search.

Evidence has shown that a full identification arrest can tie-up both the subject and the police officer for several hours. Even a traditional identity check conducted on the street can take an extended period of time to complete.

MobileID is effective, particularly in revealing serious and violent offenders who will do everything they can to prevent the police from knowing their true identities.

This technology means there is increased officer time spent on patrol and, as a result, helps to make communities safer.

In total, 350 devices will be deployed across the MPS over the next month, including the 12 boroughs of Lambeth, Southwark, Newham, Westminster, Lewisham, Tower Hamlets, Brent, Croydon, Islington, Camden, Hackney and Haringey, together with the Territorial Support Group, Traffic and Safer Transport Command units.

The MPS is one of 28 forces which took part in national trials led by the NPIA, using a similar Lantern mobile fingerprint device. The field trials reported significant benefits, including faster identification of perpetrators of crime, increased time on the front line for police officers and improved levels of public confidence.

During the trial, the MPS used the devices during roadside checks, the policing of the Royal Wedding and at the Notting Hill Carnival.
The device can also be used to identify people unconscious at scenes of incidents, or the deceased, for example, in cases of homicide and fatal collisions.

More recently, MobileID has been used successfully to confirm identities of suspected drug dealers in the West End and individuals wanted for other crimes such as GBH.

In another case, MobileID helped to uncover a suspected female trafficking victim who had arrived at Victoria coach station with a large Romanian family. She was the only female out of the six male children, belonging to a middle-aged couple.

Officers at the scene, who were carrying out an operation, noticed the teenage girl appeared withdrawn, disturbed and had markedly different facial characteristics to the family she was accompanying.

MobileID found the fingerprints of the father and mother and at least one of the male older children were on the database from when they were previously arrested for criminal offences. The girl had no record. This led officers to make further checks involving the Police National Computer (PNC) documentation and detailed questioning of the suspected victim. As a result of this, the teenager was taken into protective custody and the case is now being investigated by the MPS Trafficking Unit.

Sergeant Dean Else, of Westminster borough, explained: MobileID improves the nature of our interactions with the public because it reduces the amount of time it takes to confirm an identity. At quickest it takes only 30 seconds to get a hit on the mobile device, which is efficient compared to carrying out longer, traditional identity checks, often conducted back at the station. The device saves both the public an 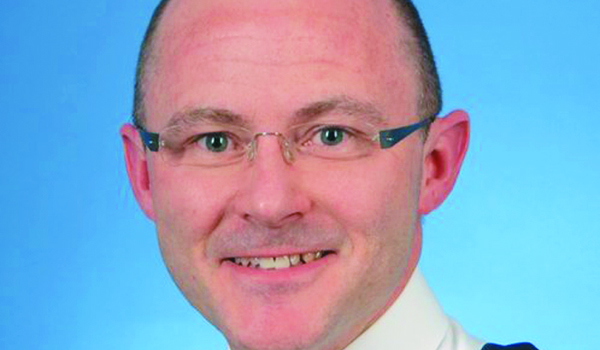 Modernisation the beginnings of a fully digitised criminal justice system

PSN benefits for Yorkshire and Humberside