Autonomous robots are increasingly taking on police and security roles in many parts of the world, often at a fraction of the cost of their human counterparts. Police Professional looks at the technical, logistical and ethical considerations behind the trend. 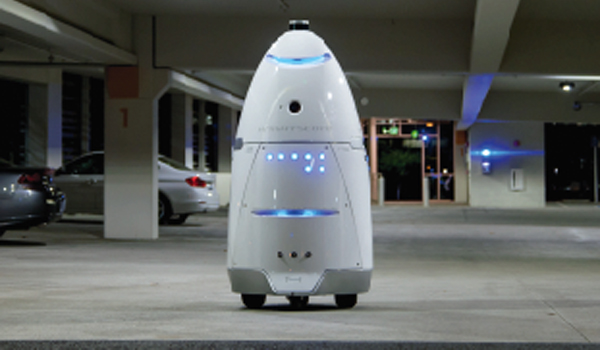 It requires no training, no meal breaks, never takes a holiday and is happy to work any amount of overtime. Its paperwork is always perfect and it not only has a photographic memory, it also has the ability to remember every single word it hears. It is, at least so far as the government of the United Arab Emirates is concerned, the future of law enforcement. The worlds first operational police robot is now on patrol on the streets of Dubai, ready to engage with residents and tourists alike across the city. Citizens can ask the robot questions, pay fines and access a variety of police information via purpose-built software and the touchscreen on its chest. Selectable options include Dead body entry permit, Request to open a criminal [case], Human trafficking crimes, Detainee visit request, and To whom it may concern. Standing 170cm tall, the robot is equipped with an emotion detector, which can recognise gestures and hand signals. It can also gauge a persons emotional state based on their facial expression and change its own expression accordingly to help put people at ease. The robot also incorporates facial recognition technology, allowing it to scan crowds for the faces of wanted suspects. Any hits are relayed in real-time to a command control centre for analysis. The plan is for robots to represent 25 per cent of the citys police force by 2030. We are not going to replace our police officers with this tool, said Brigadier-General Khalid Al Razooqi, director general of smart services at Dubai Police. But with the number of people in Dubai increasing, we want to relocate police officers so they work in the right areas and can concentrate on providing a safe city. Most people visit police stations or customer service, but with this tool we can reach the public 24/7. The next step, already in research and development, is to create a fully-functional robot that can work as a normal police officer, with much greater dexterity and the ability to run and capture criminals. A prototype of this next generation machine is expected to go on show at the Dubai 2020 Expo. The idea of fully-functioning robotic police officers may once have been confined to the realms of science fiction, but they are fast becoming an everyday reality. Last year a team from the National Defence University (NDU) in China unveiled the AnBot, a Dalek-like device that uses facial recognition to identify criminals and is capable of following them until police officers arrive. The public can use the AnBot to call for help through an SOS button on its touchscreen. The NDU also programmed the AnBot to use its audio and visual sensors to recognise and record illegal activities, identify suspects and autonomously decide where to patrol. The AnBots most controversial feature is an electrically charged riot control tool  which delivers Taser-like shocks through an extendable cattle prod. However, this can be activated only by a human operator. The design of the AnBot means it could also be fitted with other equipment, such as tear gas canisters. Last month, East Japan Railways announced plans to introduce robots into its facilities. Some models will assist with carrying luggage, others will clean floors and keep the train stations clean. There will also be security robots capable of detecting crimes such as shoplifting. Dozens of offices and shopping malls across the US now employ K5 automated security robots. Produced by the US security technology company Knightscope, and similar in design to the AnBot (but without the electric shock device), K5s essentially function like a mobile CCTV camera, using 360-degree high-definition and low-light infrared cameras to capture footage. They upload whatever they see to a network that is monitored by human operators. The machines can also talk to passers-by using a built-in microphone. An audio event detection system means they can also hear, detecting incidents such as breaking glass and sending an alert. Anyone attempting to kick or