Revolution on the rocks?

Figures showing reoffending at record levels and the patterns of drug use in prisons are causing concerns that rehabilitation initiatives are not having a positive effect. 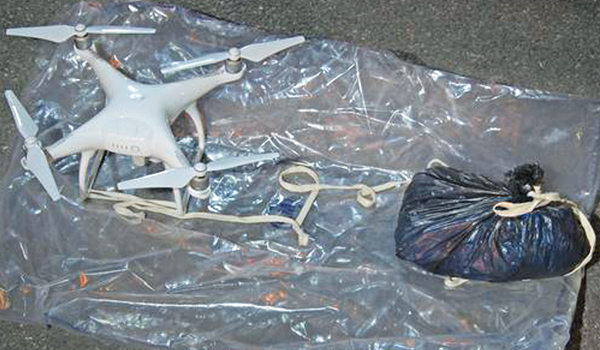 Figures showing reoffending at record levels and the patterns of drug use in prisons are causing concerns that rehabilitation initiatives are not having a positive effect. To the store detectives, Kevin Hancock looked like one of the worst shoplifters they had ever encountered. He appeared suspicious the moment he entered the Rotherham town centre branch of Tesco before calmly pocketing a bottle of whisky in full view of CCTV cameras. It took just moments for him to be apprehended and handed over to the police. There was, however, method in his apparent madness. Hancock had deliberately acted in a way that was guaranteed to lead to his arrest because he was desperate to be sent to prison. He had concealed a Kinder Egg containing a quantity of heroin and bags of the psychoactive cannabis substitute known as Spice. A gram of Spice is worth just £3 but changes hands inside prison for up to £100. For Hancock, getting himself arrested for a petty offence was simply a sound business decision. His actions are far from unusual. Last year a study published in the International Journal of Drug Policy found that former inmates were deliberately getting sent back to prison to cash in on the lucrative profits from selling drugs. The study uncovered strong evidence that the licence recall system  under which offenders can be brought back to custody  was routinely and systematically abused to bring drugs into prisons. Prisoners reported being able to make £3,000 in four weeks by smuggling in an ounce (28gms) of synthetic cannabinoids. Other criminals are reportedly taking steps to ensure they are adequately prepared in case they are arrested. One, recently released from Strangeways Prison, told researchers: You make sure you are plugged when you go and commit a crime, in case you go straight back in. So you go with Spice up your a**e for a burglary. As we speak, there are people in police cells around the country with drugs up their a**e, waiting to come back inside. At the recent Police Federation National Custody Seminar, Detective Constable Jamie Thompson, a Cheshire Constabulary drugs expert, warned delegates to: Be on the lookout for offenders who are out on licence and seemingly desperate to get locked up and commit minor crimes to take the drugs into prison. Criminals actively committing offences to get sent to prison, or preparing in advance to sell drugs there once they do, is a problem in itself, but the increasing size of the drugs market behind bars is also having a deeper impact on inmates. Dr George Ryan of Public Health England revealed that urine tests carried out in ten prisons in the North West showed around eight per cent of prisoners tested positive for Spice on arrival, but this jumped to 16 per cent on release. By contrast, levels of other drugs, such as cannabis, cocaine and heroin, dropped dramatically during prison sentences. Just one in 100 prisoners tested positive for cocaine on release compared to one in four on arrival. While a majority of prisoners have a history of substance abuse, on average eight per cent of men in prison in England and Wales now develop a drug problem inside, having not had one before being sentenced. This figure rises to 14 per cent in HMP Bedford, the scene of recent riots, and to 16 per cent in HMP Hindley in Manchester. At some institutions, the problem is even greater. A report by HM Inspectorate of Prisons found that one in five inmates at HMP/YOI (Young Offenders Institution) Portland leave with a drugs habit they did not have when they began their sentence. In some prisons, there are up to five hospitalisations a day resulting from Spice or Mamba use, with visits from the emergency services so regular that ambulances have become known as Mamba-lances. Arrests for staff smuggling drugs to inmates are also alarmingly common, and researchers suggest that the widespread availability of illegal substances inside prisons indicates that many more staff do so without being caught. Dr Ryan, a government adviser, warned that it