When murder is suspected yet no body can be found, Detective Superintendent Martin Brunning explains how international cooperation and persistence in examining digital devices can lead to the evidence. 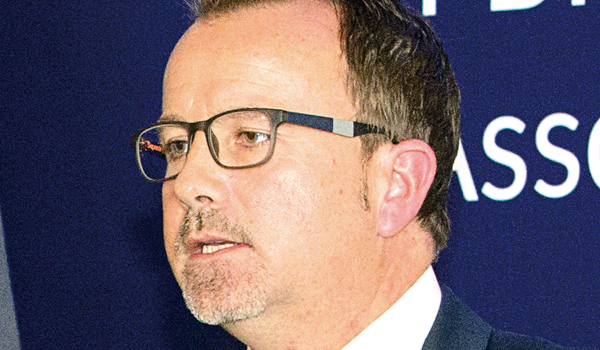 The nine-year-old boy was barely tall enough to see over the inquiry desk at Peterborough police station in Cambridgeshire, but his words still captured the full attention of everyone who heard them. My mum rings me twice a day, he explained. She always rings me, and she hasnt rung me today and she hasnt come home. The disappearance of Vitalija Baliutaviciene, a Lithuanian national who had been living in the UK for around three years, was initially treated as a missing persons case when it was reported by the son on Friday, August 28, 2011, but by the time Detective Superintendent Martin Brunning of Cambridgeshire Constabulary was appointed senior investigating officer the following Monday morning, it had been escalated to a murder inquiry under Operation Quantify. During an early interview, the son had told officers, unprompted, that if his mum was missing it was because his dad had murdered her. Ive heard him say it, thats hes going to kill my mum and leave me in a childrens home, the boy said. During the weekend friends and family members had been contacted to try to establish Ms Baliutavicienes whereabouts. The call to her ex-husband, Rimas Venclovas, was left until last and it was quickly established that he was out of the country, and because there was no recent record of him entering or leaving the country, he was initially ruled out as a suspect. Ms Baliutaviciene worked 16 hours a day and always left home just after 5.10am, arriving at work around 6am. It soon emerged that she had made two previous complaints of assault against her former husband who had briefly lived with her in the UK. Venclovas had fled the country while on bail relating to an assault charge and faced arrest on his return to the UK. We started trawling the CCTV. We knew the times she was at home and the times she was at work. Somewhere in between the two we hoped to find a clue about where she had ended up, said Det Supt Brunning, who gave a presentation on Operation Quantify at the recent FBI National Academy Associates retraining event in Bristol. We also looked for some form of proof of life, digging into the things she did on a day-to-day basis. We knew where and when she shopped for groceries, when she spoke to her son. She had given him his own mobile phone and always called him twice each day during her breaks, but none of those things had happened. Her mobile phone had been turned off at 8.25am but was turned back on an hour later when it was used to try to call her new boyfriend. At first this seemed to indicate that she might have been alive at this time, but the more Det Supt Brunning thought about it, the less likely this scenario seemed  if she had the chance to make a phone call after being abducted, surely she would have called the police. The team then uncovered a series of CCTV images, recorded just after 5.10am that day, which showed Ms Baliutaviciene attempting to resist as she was marched along the pavement by a large, white man and then forced into the back of a van. The vehicle remained stationery for an hour before eventually moving off. It was the last time Ms Baliutaviciene was seen alive. The CCTV was poor quality so it was not possible to establish the identity of the abductor, but no one had any doubt that Venclovas was responsible. It soon emerged that although there was no record of him entering the country, a mobile phone registered to him received a welcome to England text message the night before the abduction. The team checked the names of every passenger arriving in the UK from the European mainland and eventually settled on one that stood out and matched the timeline they suspected the killer had arrived in the UK. Unknown to the investigation team, it transpired that Venclovas, who was born Rimantas Baliutavicius, from Taurage, Lithuania, had changed his name to get around his legal issues, and acquired a new vehicle to enable him to visit the UK unchallenged. We did an ANPR (automatic numberplate recognition) check on the vehicle he had