A chief constable has been praised for leaving his force in a far better shape than when he joined as he announced his intention to retire. 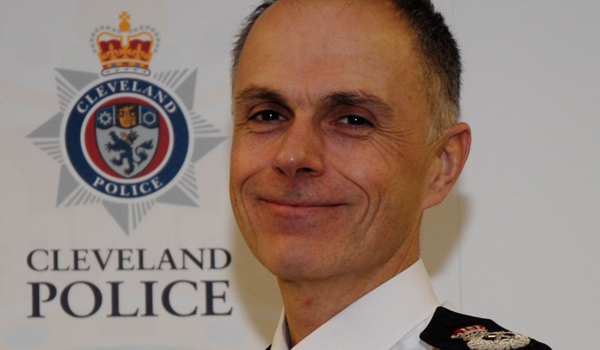 A chief constable has been praised for leaving his force in a far better shape than when he joined as he announced his intention to retire. Iain Spittal will step down as Cleveland Polices chief constable in December having spent 31 years in policing. Mr Spittal, who took over last year, has overseen significant improvements as he led a force that once required improvement to be rated good in Her Majestys Inspectorate of Constabulary and Fire and Rescue Services (HMICFRS) PEEL inspections. However, he said he now believes it is the right time for someone else to take the force forward and drive further reform. It is on this basis, knowing that I am not able to commit to being chief constable on this journey for the number of years it will require to achieve outstanding that I have decided that it is right that I step down and retire as chief constable at the end of the year, said Mr Spittal. I am immensely proud and humbled on a daily basis as a result of the determination, commitment and professionalism of those women and men who are Cleveland Police. It is they who have enabled such positive steps forward over recent years and it is they who should be proud of what they achieve every day. Whilst I am sad to retire, I leave secure in the knowledge that now is the right time and the legacy I leave hopefully creates the best possible platform for further improvements over the years to come. Mr Spittal began his policing career in North Yorkshire in 1986 and was promoted to chief superintendent 19 years later. He led the forces Human Resources Directorate from 2010 to 2011, when he was appointed assistant chief constable with responsibility for operational policing across York and North Yorkshire. In 2013, Mr Spittal joined Cleveland Police as deputy chief constable and became the temporary chief constable in January 2016, before assuming the roll on a substantive basis in July. He replaced former chief constable Jacqui Cheer, who took over the force when Sean Price was sacked for misconduct. Police and crime commissioner Barry Coppinger said it is safe to say that Mr Spittal will leave Cleveland Police in a far better shape than when he joined. HM Inspector Mike Cunningham added: Cleveland Police has come a long way under the last two years under the leadership of Chief Constable Iain Spittal. I have seen the consistent progress made by the force in course of HMICFRSs inspections, for which Iain should be justly proud. I would like to congratulate Iain on all that he has achieved and wish him all the best for the future.