Three forces have developed evidence on domestic violence that questions whether escalation in harm is inevitable, identifies a link with perpetrators suicidal markings and proposes improvements in the use of domestic violence protection orders. 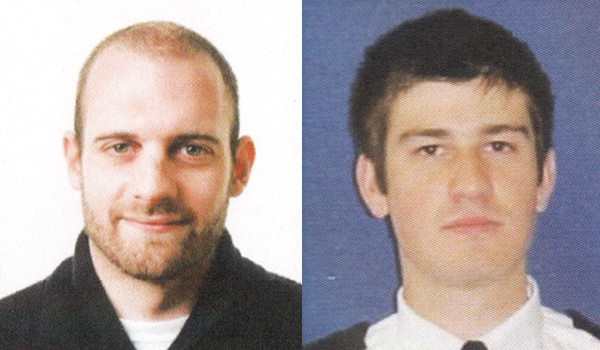 Considered the hidden crime, it is only in the past few years that domestic abuse has received the attention it clearly merits from law enforcement. As recently as 2014, Her Majestys Inspectorate of Constabulary and Fire and Rescue Services found significant weaknesses in both investigations and the support given to survivors. This lack of focus also extended to the research conducted into serious domestic violence. Professor Heather Strang, Director of the University of Cambridges Police Executive Programme, claims despite the frequency with which domestic abuse is discussed and a host of new policies designed to help address it, little empirical work has been carried out, leading to a lack of hard evidence regarding best practice. However, like the overall response, the research landscape regarding domestic abuse is beginning to develop. At the 10th International Conference on Evidence Based Policing, officers from across the country highlighted their innovative experiments to learn more about patterns of domestic violence, perpetrators of the crime and whether or not the current approach is working. Tracking harm escalation According to Inspector Lee Barnham of Thames Valley Police, it was widely accepted among academics that the harm caused by domestic abuse perpetrators inevitably escalates over time. However, Insp Barnhams research challenges this. As part of his work to build a profile of perpetrators, Insp Barnham collated Thames Valley Polices data on approximately 141,000 crime and non-crime domestic abuse incidents from 2010 to 2015. Predictably, it became clear that non-crime incidents were reported with a much higher frequency than more serious ones. Applying a crime harm index  which assigns incidents a harm score based on the number of days imprisonment an incident should receive  showed that while non-crime incidents caused just 0.4 per cent of harm over the period, offences that appeared with a much lower prevalence were far more impactful for victims. Sexual crime alone accounted for 63 per cent of harm caused to domestic abuse victims. Based on these results, it could be assumed that domestic violence perpetrators who reoffend will continue to commit harmful offences. However, analysis of the data suggests otherwise. The 500 most harmful perpetrators in the sample had an average harm score of 853 days at the beginning of the study period, but most of them experienced a gradual decline. By 2015, their average harm score had fallen to just 42 days. A possible explanation for these results is that after the first year, many perpetrators would be in custody, leading to a decline in harm. However, in reality the number of people sentenced for domestic violence in Thames Valley is relatively low. Between May 2015 and April 2016, only seven per cent of cases in the force area led to charges being brought, and data from the Crown Prosecution Service shows just over a quarter of perpetrators were convicted in the 2015 financial year. When offenders were imprisoned, they received an average sentence of just two years, and were often released in around half that time  suggesting that the de-escalation is genuine. This theory was explored further by examining follow-up incidents. While 42 per cent of cases from 2010 to 2013 did not lead to a second incident in the last two years of the study, Insp Barnham identified 19,151 unique perpetrators who reoffended in 2014/15. Just over 36 per cent of these were involved in a further non-crime incident, and 44.5 per cent had a harm score of between 0.2 and ten days  equivalent to a conviction for a first-time harassment. A fifth received scores of between 10.1 and 30 days, and five per cent had an average score of 30.1. These results mean that for around 70 per cent of those involved in repeat domestic abuse incidents, the harm they will cause is relatively low. However, after this point, the figures rapidly increase, to the point that three per cent are responsible for 90 per cent of total harm. In terms