Sleep may influence an eyewitness`s ability to correctly pick a guilty person out of a police line-up, according to a new study conducted by a team of researchers from Michigan State University (MSU). 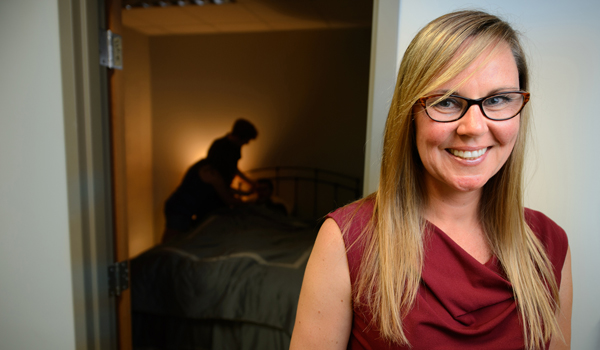 Sleep may influence an eyewitness`s ability to correctly pick a guilty person out of a police line-up, according to a new study conducted by a team of researchers from Michigan State University (MSU). The team found that eyewitnesses to a crime who sleep before being presented with a line-up are significantly less likely to pick an innocent person from a line-up that does not feature the actual perpetrator. For the experiment, Kimberly Fenn, associate professor of psychology and director of MSU`s Sleep and Learning Lab, and Michelle Stepan, a doctoral student in psychology, arranged for around 200 participants to watch a video of a crime (a man planting a bomb on a rooftop) and then, 12 hours later, view one of two computer line-ups of six similar-looking people. One of the line-ups included the perpetrator; the other did not. Some participants watched the crime video in the morning and viewed a line-up that night, with no sleep in between. Others watched the crime video at night and viewed a line-up the next morning, after sleeping. When the perpetrator was not in the line-up, participants who had slept identified an innocent person 42 per cent of the time – compared to 66 per cent for participants who had not slept. This is the most interesting finding of the study  that individuals are less likely to choose an innocent suspect after a period of sleep when the perpetrator is absent from the line-up, Dr Fenn said. This is relevant, she added, because false convictions too often stem from an incorrect eyewitness identification of a suspect who did not commit the crime. When the perpetrator was in the line-up, there was essentially no difference between the sleep and no-sleep groups` ability to choose the guilty man. Both groups correctly identified the perpetrator about 50 per cent of the time. In other words, Dr Fenn said, sleep may not help you get the right guy, but it may help you keep an innocent individual out of jail. Around 70 per cent of wrongful convictions in the United States are related to false eyewitness accounts and this study is the first scientific investigation into how sleep affects eyewitness memory of a crime. The researchers believe participants who slept were more likely to use an absolute strategy in which they compare each person in the line-up to their memory of the suspect, while participants who did not sleep were more likely to use a relative strategy, in which they compare the people in the line-up to each other to determine who most resembles the perpetrator relative to the others. Using a relative strategy is believed to increase false identifications relative to an absolute strategy in perpetrator-absent line-ups, Ms Stepan said. “These findings tell us that sleep likely impacts memory processes but that it might also impact how people search through a line-up, and those search strategies might be a critical factor when the perpetrator is not present,” she said. The MSU team is conducting research that further explores how sleep may directly or indirectly affect eyewitness memory.