A report into the controversy surrounding the cancelling of emergency 999 calls by An Garda Síochána has identified several incidents with “substantial shortcomings” in call handling. 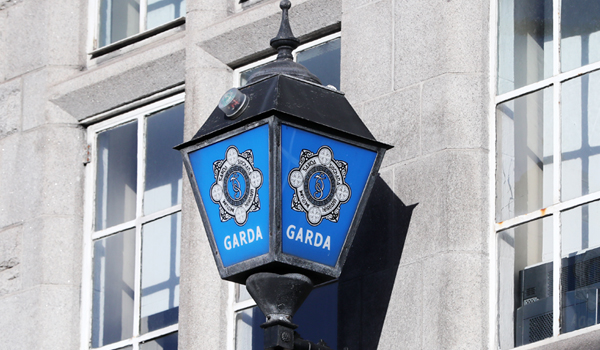 The Policing Authority has published its final report on the police force’s review of the closure of computer-aided dispatch (CAD) incidents.

The authority commissioned Derek Penman to carry out an examination in July 2021, having become aware in December 2020 of issues relating to the invalid closure of CAD incidents.

Thousands of emergency calls were cancelled, meaning some victims did not receive the help they called for.

An Garda Síochána Commissioner Drew Harris Mr Harris acknowledged there were “missed opportunities” to engage with callers and could not give a “complete assurance” on the behaviour of call takers.

“We’ve also had to deal with individuals in the very recent past whose performance has not been up to scratch and provided poor performance,” he said.

The final report was published following a call recording sampling phase which consisted of Mr Penman and his team listening to recordings of 210 calls made to the service in order to assess the quality of the response.

The report said that overall, call takers are meeting the standards of service that the public should expect, but warned there were “inconsistencies both within and across the four regional control rooms”.

It continued: “Several incidents were identified with substantial shortcomings in call handling.

“Although there was the potential for serious harm to victims due to such shortcomings, no actual harm was identified from the sample examined in the call listening phase.

“However, it is not possible to determine whether serious harm occurred in incidents where callers or potential victims were not identified.”

It also said there was “very limited evidence” of any supervisory checks over the emergency calls, and added “there are incidents where the information provided by callers was not accurately recorded”.

The report said: “At times, this meant that Garda Síochána members were dispatched to the wrong locations, and callers could not be re-contacted.

The report said there were incidents where call takers did not display sufficient skills or take sufficient time to properly assess the vulnerability of callers, as well as incidents where officers specifically requested that the emergency call incident be cancelled.

The report continued: “The issues around the ageing CAD system and other legacy technologies in use across regional control rooms are indicative of a chronic lack of investment.

“However, the cancellation of calls requires a specific action on the part of a call handler in order to cancel a call and therefore the technology was not deemed to be a significant contributory factor.”

Mr Penman has recommended the gardai concludes its CAD review and concentrates its resources on improving the current call handling arrangements.

Policing Authority chair Bob Collins said: “The 999 emergency call service is a crucial public service that people, often the most vulnerable, rely on in moments of crisis.

“It is essential that the Garda Síochána addresses the underlying issues identified in this report – issues including supervision, selection processes for specific roles, and performance management – so that the public can continue to have the confidence that it needs to have in the 999 emergency call service and will be assured of receiving the quality of service it deserves from its policing service.”

At a public meeting between the Policing Authority and Mr Harris at Dublin Castle, Mr Collins said the final report revealed “a very significant and important episode in the life of the organisation”.

He said it showed the importance of ensuring the quality of the service provided by gardai, to ensure that the “service to people at their most vulnerable is as it should be”.

“There is considerable work still to be done, and it’s a never-ending task, it’s not concluded by the finalisation of Mr Penman’s work. It is a work of continuing, unceasing significance and importance for the public and An Garda Síochána.”

Mr Harris acknowledged there were “missed opportunities” to engage with callers, and that the final phase of the review – the discipline process – is yet to be carried out.

“[The report] obviously informs our own assessment as well that there were missed opportunities to engage with callers, even if there wasn’t a crime, but certainly we’ve identified as well cases of poor behaviour by Garda personnel.”

He said the new CAD system, training and sampling of calls had been put in place.

“I can’t give a complete assurance about the behaviour of those who take the calls. Even with all of that, we’ve also had to deal with individuals in the very recent past whose performance has not been up to scratch and provided poor performance,” he said.

“So we are dealing with very much, I would say, a human endeavour. The individuals within the control rooms do work hard, do work in very stressful circumstances at times, and they are very conscious of the next calls arriving in as well.

“So there’s just not an element of ‘here’s his standard’ and being ruthless around that.

“We have responsibility around the welfare of those who are taking calls, often in very difficult circumstances… finding that balance is about the explanation of the importance of this work, and making sure people are appropriately selected and skilled and assessed in the work they do, but also then supported going forward. because we do recognise the absolute importance of the correct handling of calls right from the start.”

Mr Harris said officials would consider monitoring calls to local Garda stations, but said it would be resource-heavy.

Deputy Commissioner Anne Marie McMahon said the number of supervisors to call takers had been “substantially increased” after the review “shone a light into the control rooms”.