Despite efforts to improve Lincolnshire Police still does not have “effective oversight” of the use of force in custody, according to a report published on Wednesday (August 3). 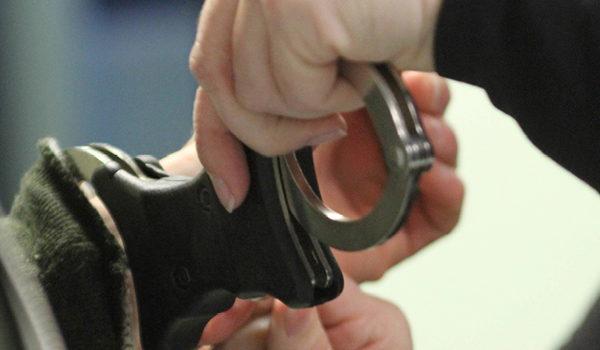 “While recognising the force’s efforts to improve, it still doesn’t have enough information to scrutinise when and how force is used,” said HMICFRS.

“The details of incidents aren’t always recorded, or recorded accurately enough, on custody records, and not all officers submit use of force forms.

“There is little quality assurance to assess how well incidents are managed. Our review of incidents showed that not all of them were managed well. This means that Lincolnshire Police can’t show that when force is used in custody it is always necessary, justified and proportionate. This is a cause of concern.”

The report recommends that Lincolnshire Police should closely scrutinise the use of force in custody based on accurate information and “robust quality assurance”, including viewing CCTV footage of incidents, it added.

The joint inspection in May also found that custody staff were continuing to remove clothing with cords and footwear without an individualised risk assessment.

However, inspectors found there were clear governance structures in Lincolnshire Police with a “strong culture of treating detainees well and with respect”.

Lincolnshire Police said it “valued the feedback” and would take the recommendations into account.

The inspection found that 32 out of 43 recommendations made during a previous visit in 2015 had been fully or partially achieved.

“The force has made good progress in some areas since our last inspection,” said the report.

“The quality of recording on custody records is better than we usually see, although important information is sometimes missing.

“There are good quality assurance processes, which scrutinise a wide range of custody activities.

There are four custody suites in Lincolnshire, located at Boston, Grantham, Lincoln and Skegness. Inspectors found three are old and did not always meet detainees’ needs well enough.

Overall, cleanliness throughout the custody suites was good, and they are well maintained.

Detainees generally spoke positively about the care they received in custody, but some aspects of it could be better, said the report.

There are potential ligature points throughout the estate mainly due to the design of toilets, fit of doors and some loose hatches, said inspectors.

“However, we found a strong culture of treating detainees well and with respect,” said the report. “This helps mitigate some of the practical difficulties created by the physical environment in providing a good level of care to detainees.

“There were generally enough staff on each shift to manage custody safely. But meeting detainees’ needs promptly when the suites are busy is a challenge.

“The force monitors a good range of performance information. There are some gaps, and some information is inaccurate. This prevents the force from effectively assessing some aspects of its performance, especially for how well it deals with detainees with acute mental health problems.”

The report also found there was “a clear priority” to divert children and vulnerable adults away from custody and the force works well with partner organisations to achieve this.

Custody and frontline officers have a strong awareness of their safeguarding responsibilities for children and vulnerable adults and make referrals as needed.

“There is good joint working to keep children out of custody and stop them from entering the criminal justice system,” said the report. “There is also work with mental health services to meet the needs of those with mental ill-health, but outcomes for these individuals need to improve both in and out of custody.

“Frontline officers have a good understanding of how a person may be vulnerable. They take account of this when deciding whether to arrest them. Officers do their best to keep children out of custody and only use it as a last resort.

“However, the support for frontline officers dealing with incidents involving people with mental ill-health isn’t always good enough to help them decide the most appropriate action to take.”

“Privacy is generally maintained for detainees,” said the report. “But detainee dignity isn’t always protected – for example, when clothing is removed. There is good understanding of how to meet detainees’ individual and diverse needs, but some improvements are needed to always achieve this.”

“However, as in our previous inspection, custody staff routinely remove clothing with cords or footwear from detainees and use anti-rip clothing often without adequate rationale,” said the report. “Shift handovers still don’t include all the staff on duty and detainee risks aren’t shared with all staff.

“This approach to managing risk is now a cause of concern.”

The report recommends that custody staff should only remove clothing with cords and footwear from detainees when justified by an individualised risk assessment.

A spokesperson for Lincolnshire Police: “We value the feedback from HMICFRS and note that they found a strong culture of treating detainees well and with respect.

“The report acknowledges that we have fully or partially implemented 32 of the recommendations from the last report, in 2015, and we will continue to strive to deliver the best service possible.

“We note both causes for concern raised in the report, and will take recommendations into account while considering how we can feed them into our existing scrutiny arrangements.

“The report mentions that we are working hard to improve recording of the use of force in custody suites, and we have robust plans in place to make sure this is built upon.

“While accepting that there are areas for improvement, we remain confident in our provision of custody services.”