Paul Kennedy urges forces to engage in soft market testing to improve their use of ICT, and allow suppliers to show what they can do to resolve policing challenges. 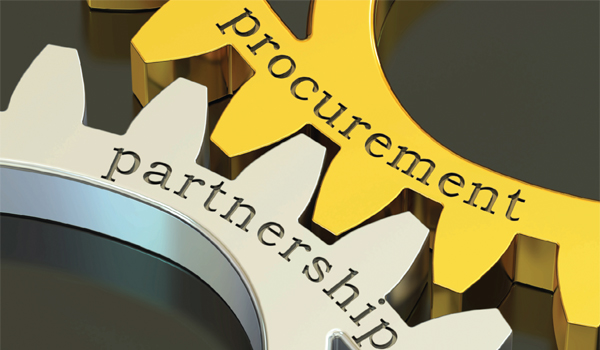 I have raised discussion in previous articles about how police forces can and should exploit new and emerging technologies. It is a subject which is of huge interest to me and also pivotal in the journey of police transformation. Policing cannot stand still and does need to build expertise and resilience in new technologies in order to face the changing nature of demand. Just consider the transition that most of us have made as we have adapted to new technology habits in our personal lives such as social media, smart technology at home and online banking. It was said recently by a chief constable that all police forces should be IT companies. Well, I see the jist of the point but more fundamentally I disagree. Police forces should, in my view, do what it says on the tin and deliver policing services and not be overly diverted into ever increasing complexities such as cloud computing, which is beyond core policing. So how can police forces adapt to this new world of technology and not be left behind by other public services, the private sector and above all, by the general public? Consider Netflix, used on smart television sets to access within seconds just about any movie you like. How different that feels to nipping out to the Blockbuster video shop (for those old enough to remember). Netflix incidentally is based on Platform-as-a Service (PaaS) in exactly the same way as the new National ANPR Service, which will provide instant access to a huge national ANPR data collection. Police officers and staff should be feeling a similar degree of change, similar to the step change of Blockbuster to Netflix, through technologies that chief constables make available to them. So how? How can police forces keep the lights on and transform through new technologies? In my last article in Police Professional (see PP556), I discussed the need to adopt cloud computing within policing in order to transform. It`s not all about cloud which can mean many things but it is a good example of the challenge facing chief officers and police and crime commissioners. Some police forces have invested relatively recently into modern data centres. Other police forces have not and will be considering how to improve their data storage for items like body-worn video and an increased number of interviews with vulnerable victims. It seems sensible that police forces should seek maximum benefit to establish what is in effect a private cloud environment through their data centres and where possible share that capability with other police forces. In my view, that is achievable but also quite complex and means focusing finite ICT resources on being a mini ICT company. I must emphasise that I respect the difficult and complex decisions chief officers will make in their transition to the cloud in order to transform into a digital service but I do not think in house is the right way to go. My view here is entirely independent and not steered by politics. The private sector has a track record in delivering the cloud to other public services. They have sophisticated data centres with better security than any police force. They also have staff with vetting clearance and technical expertise who live and breath these specialist areas. More significantly, private sector technologies such as cloud come on a consumption-only basis with a capability to be scaled up or down dependant on need. The consumption model has another benefit; the private sector provider needs to give a top quality service otherwise the contract will be terminated and the police force will go somewhere else. I did say that it was about more than cloud. Policing needs to think beyond a private cloud environment and think about the ability to store and manage data on a much larger scale. Exploring further big data analytics, linking police data with the Internet of Things will make policing more efficient and more effective. Think about the terrorist attacks this year  the challenge to analyse huge amounts of data, police and non police, in ord