Region is `safer` place as heroin traffickers jailed for 140 years

A strong partnership of three agencies stopped heroin with a street value of nearly £40 million bringing “misery” to the West Midlands region, a court heard. 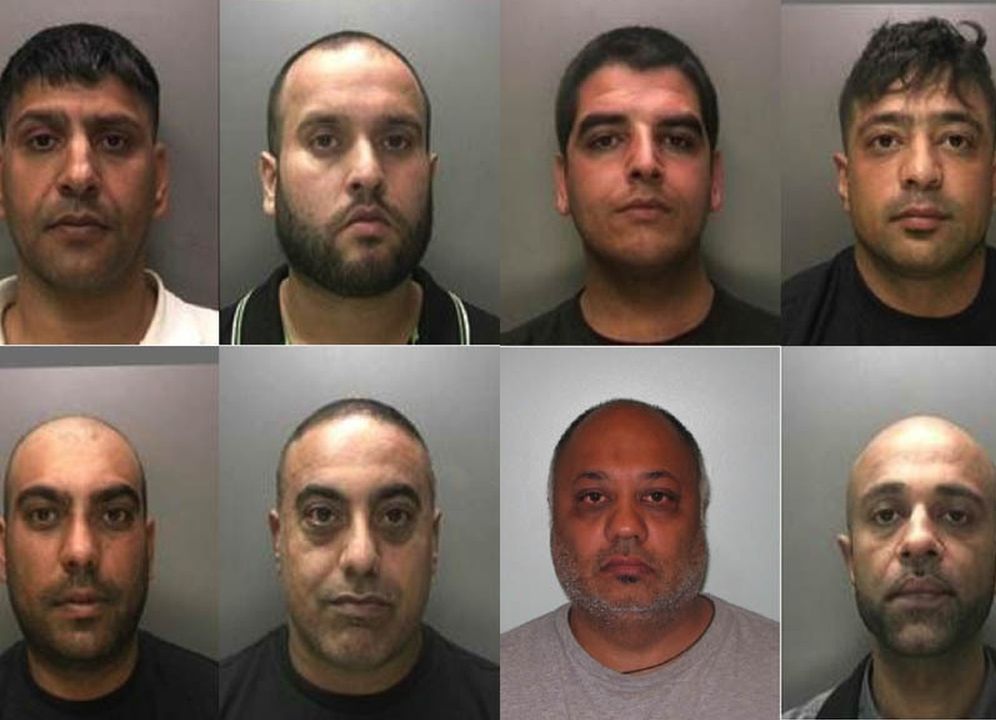 A strong partnership of three agencies stopped heroin with a street value of nearly £40 million bringing “misery” to the West Midlands region, a court heard. Interception work by National Crime Agency (NCA), Border Force and West Midlands Police led to eight traffickers from Birmingham being jailed for nearly 140 years  making the region a “safer place”. The group, whose conspiracy involved importing heroin from Pakistan to the UK inside industrial equipment, was imprisoned for a total of 139 years and four months at Birmingham Crown on Friday (July 14). Ringleaders Ameran Zeb Khan, 38, Mohammed Ali, 36, and Sajid Hussain, 32, were sentenced to 22 years each. Hussain was also sentenced to another nine months for a separate offence. The men organised two container shipments from Lahore, via Karachi, to the London Gateway Port in February and July 2014. The second shipment was intercepted by Border Force officers who cut open the containers cargo of industrial lathes to find 165kg of heroin. NCA and Border Force officers removed the drugs and reassembled the lathes and sent them on to their delivery destination at an industrial unit in Sandwell where they were met by Omar Isa, 36 and Imran Arif, 35. Isa was sentenced to 15 and a half years in jail, while Arif was imprisoned for ten years. Mohammed Ashaf Khan, 49, who handled logistics for the conspiracy, was imprisoned for 17 and a half years while Rajesh Patel, 52, who used his business to provide paperwork for the shipments, was jailed for 15 and a half years. Zulfgar Munsaf, 38, who passed on instructions to the operatives on the ground and was the only one of the group to plead guilty to avoid a trial, was given 14 years. The heroin seized by the Border Force, which the group planned to sell on in bulk, had a purity of 58 per cent and was worth £5 million uncut. The NCA believes a similar quantity of heroin was contained in an earlier shipment for which they have found records, meaning the conspiracy could have earned the group up to £10 million. After cutting the 165kg of heroin to 25 per cent purity, it is thought street level gangs could have made up to two million street deals, generating revenue of up to £19,140,000. If the first shipment contained a similar quantity of heroin, the total street value would double accordingly. Ameran Zeb Khan was already known to the NCA as the subject of a civil recovery and tax investigation, which saw Birmingham and Northern Ireland-based individuals deprived of 11 properties and money worth more than £2 million after their owners failed to refute allegations that the cash and assets were the proceeds of crime. Zeb Khan, his close associate Khaibar Rahman, and a number of other family members handed over four properties and £50,000 in a bank account to the NCA in October 2016. The NCA recovered a further seven properties and the contents of another bank account at court hearings where agency investigators successfully argued that these assets had been acquired with the proceeds of crime. Paul Risby, branch commander at the NCA, said: This was a determined and capable criminal group. They had connections to heroin suppliers and used legitimate business paperwork to provide cover for their activity. This investigation put some really concerning members of the West Midlands criminal community in prison and the people of Birmingham and the West Midlands are safer as a result. “The Border Force search in July 2014 also prevented a really significant shipment of heroin being sold on our streets and bringing with it all the misery that follows. Strong partnerships between the NCA, Border Force, West Midlands Police and the CPS were vital in bringing about this result.