Landmark reforms to the “outdated” Mental Health Act are expected to bring an end to the use of police stations as a place of safety for those in mental health crisis. 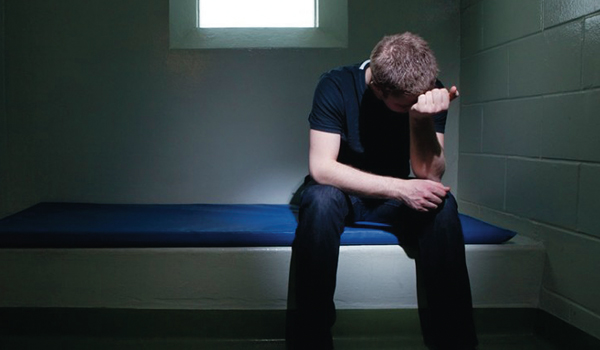 The Government is also investing £150 million to bolster mental health services, including £7 million for specialised ‘mental health ambulances’ to prevent the “inappropriate use of police vehicles as a way to take people to hospital”.

The draft Mental Health Bill published this week sets out “wide-ranging reforms” to the Mental Health Act to ensure greater choice and autonomy for patients in a mental health crisis.

It will also aim to tackle the “deep-seated” racial disparities in mental health services, better meet the needs of people with a learning disability and autistic people and ensure appropriate care for people with serious mental illness within the criminal justice system.

The Association of Police and Crime Commissioners (APCC) welcomed the “injection of funds to better support those in mental health crisis” and reduce the “significant demand” placed on police forces.

APCC mental health lead Lisa Townsend said: “This is a positive step towards ensuring that those in crisis are receiving the appropriate response and care that is so desperately needed.

“Although there have been significant improvements in recent years, police cells and vehicles are not appropriate places of safety for anyone experiencing a mental health crisis and police and crime commissioners have long called for this to be addressed through their input to the Wessely Review in 2018.

“The Mental Health Bill rightly seeks to bring an end to the use of police stations as a place of safety and, importantly, recognises before doing so the need to ensure sufficient capacity is in place within mental health services and local communities.

“The Government’s announcement is welcomed, and we hope this will not only provide the right response and care to those in crisis but also reduce the significant demand faced by police forces who are often the public’s final option due to their dedication and 24/7 response.”

The Government says its £150 million investment over the next three years will bolster NHS mental health services, better support people in crisis outside of A&E and enhance patient safety in mental health units. This includes access to more care in the community, such as crisis houses and safe havens.

These were all recommendations from Professor Sir Simon Wessely’s independent review of the Mental Health Act, which will now be implemented to improve patient care.

A government spokesperson said: “The funding includes £7 million for specialised mental health ambulances across the country to reduce the use of general ambulance call-outs for those experiencing a mental health crisis and prevent the inappropriate use of police vehicles as a way to take people to hospital.

“This will ease pressure on services, improve response times and outcomes for people in crisis which will help save lives, as well as ensuring patients experiencing a crisis are treated with dignity and respect.”

Those detained under the Mental Health Act will also benefit from “landmark reforms which provide patients with more control over their care and treatment”, the Government said.

The draft Mental Health Bill will now be subject to pre-legislative scrutiny where a Parliament select committee will examine in detail before the final version is published.

“We’re investing more money to ensure NHS patients have tailored services and support, so people in a mental health emergency get the right care at the right time.

“Our reforms to the outdated Mental Health Act are another important milestone in better supporting those with serious mental health issues and giving people greater control over their treatment, particularly those from ethnic minority backgrounds who are disproportionately detained under the Act.”

Funding will also support local communities to invest in alternatives to hospital admission for people experiencing a mental health crisis, such as ‘crisis houses’ run by the voluntary sector which will ensure people can access the treatment they need within their community.

The Government says increasing local capacity will reduce avoidable hospital admissions and inappropriate out-of-area hospital placements. This will result in improved patient outcomes as people in crisis will be able to receive specialised treatment in appropriate environments, reducing the risk of readmission to hospital.

“I’ve heard first-hand the anguish of patients and their families when they have been subject to inappropriate care. Bolstering the mental health support available to people in a crisis will ensure patients are at the centre of decisions about their own care if they’re detained under the Act.

“I look forward to receiving the committee’s feedback on the draft Bill so we can bring the Act into the 21st century.

The Government says work is already underway to tackle racial disparities in mental health services, with improved “culturally appropriate advocacy services” being piloted in four areas in England. This will ensure people from ethnic minority backgrounds can be better supported by people who understand their needs, and NHS England is developing a Patient and Carer Race Equalities Framework to provide mental health trusts with practical steps to improve the experience of care within mental health services for people from ethnic minority communities.

The Government says the benefits of reform will also be felt by people with serious mental illness within the criminal justice system.

A 28-day time limit will speed up the transfer of prisoners to hospital, ending unnecessary delays and ensuring they get the right treatment at the right time and the outdated practice of using prisons as ‘places of safety’ for defendants with acute mental illness will end. Instead, judges will work with medical professionals to ensure defendants can always be taken directly to a healthcare setting from court.

Prisons Minister Victoria Atkins said: “It is essential that those in the criminal justice system get the right mental health support, so we can keep them and the public safe while also cutting crime.

“The new Mental Health Bill will speed up access to treatment, enshrine important protections for vulnerable people and ensure prisons are not used as an alternative to hospital treatment.”

Paul Farmer, chief executive of mental health charity Mind, said: “The publication of the draft Mental Health Bill is a watershed moment for mental health in the UK.

“The 1983 Mental Health Act is an outdated piece of law that far too often enables appalling treatment towards people with mental health problems. It has numerous issues, from widespread inappropriate use of detention and force, to some ethnic groups being disproportionately sectioned.

“When people’s lives come crashing down in a mental health crisis, they need to be able to rely on the law for the help they need, but right now this just isn’t the case. Changing this crucial piece of legislation is the first step to righting many of these wrongs.

“Ensuring fewer people are inappropriately detained is a crucial intention of the reform and we need to make sure the changes lead to significant reductions in practice.”