Alex Connock explores the impact on public perceptions of policing from fictional characters and the lessons to be taken from the wider acceptance of personal flaws and being who you really are on camera. 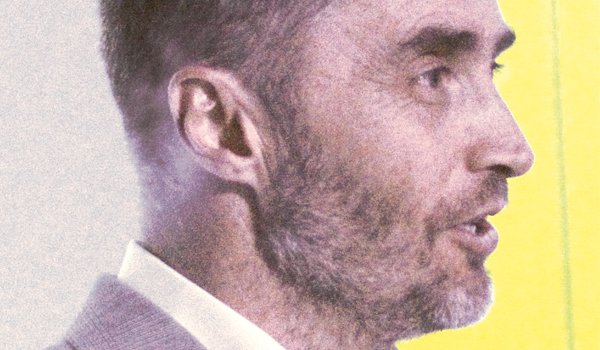 How are the police portrayed on television? And what does that portrayal say about the way the public perceives the police, and the police perceive themselves? These were the questions we looked at for a session at Octobers Excellence in Policing conference at the College of Policing  Vital signs: portrayal of police on TV  starting off with the point that producers of shows like Happy Valley believe them to be an accurate portrayal of blue light life while based on the straw poll we did with the Ryton-on-Dunsmore audience, they are anything but. So has policing on screen ever fully reflected the realities of the job? Let us start with three of the most unrealistic possible portrayals, and track back to what does ring true. Of the crime scene sequence from Hitchcocks Dial M for Murder  in which the culprit shifts attention to the murder weapon by bringing the detectives a tray of tea while they work  there was much hilarity in the audience. Of the to-the-camera musings of Constable George Dixon in Dixon of Dock Green, no one thought policing had ever been like that in their lifetime. And of Idris Elbas Luther character smashing an alleged culprit in the nose to get a DNA sample  amusement. Oddly enough, it was the everyday office banter in BBC3s brilliantly absurd Murder in Successville  big Debbie wants you to fill this form in  that rang most true with the audience. The constant? Policing and detective work occupy absolutely prime real estate in the national psyche. On a given evening in the week of the conference, there were two entire one-hour shows devoted to the police (The Detectives: Murder in the Streets on BBC2 and The Force: North East on SkyOne), but also a dozen other shows where policing played a role, from Question Time to This Week, from News At Ten to Fritzl: What Happened Next. Almost the only show that did not at some level feature the police was The Great British Bake-Off. Police detective dramas are the underpinning of all fiction on television  from period pieces like Foyles War and Heartbeat, to the contemporary Line of Duty or Happy Valley. And policing creeps into almost every other genre too  news, comedy, access documentaries, investigative documentaries, sport there are gaps, and these are picked up below. But the overall effect: saturation coverage. So what does that mean for policing? The most obvious point is that constant coverage makes television a barometer of public views. Television reflects the perception that the public has of policing at any given point, and on quite formal measures that are well known to forces, from legitimacy to effectiveness. But it goes deeper than that. Constant negative coverage could bleed through into poor performance metrics. Television is also a driver of how society views the police. It shapes opinion. Finally, more disturbingly and demanding careful reflection, could television even influence how the police present and view themselves? Could there be officers role-playing what they have seen on television? Anecdotally, is it really true that police training colleges used to use sequences from The Bill for procedural training? To bring all this together, we looked at five vital signs of police portrayal on television and did an unscientific, but nonetheless helpful, sense check against the issues each presents. We thought not just about television, but also social video, as millennial audiences (meaning essentially anyone under about 30) are watching up to 60 per cent of their content on streaming sites, from Netflix to The LAD Bible. Vital sign: Procedure Start with procedure. In fiction, the end justifies the means. It is axiomatic that police cut corners for the greater good, and provided they have the big picture in mind and the best of intentions, flouting procedure is positively desirable. In drama this ranges from Russell Crowes corrupt Wendell Bud White character, who arguably sits as the moral core of LA Confidential despite killing a rape/kidnap suspect in cold blood and plant