Patches worn by motorcycle club members play an important part in rituals, but when seen in the wrong place violence can follow. Police Professional details why law enforcement should understand the importance of the insignia if it wants to increase the number of peaceful participants. 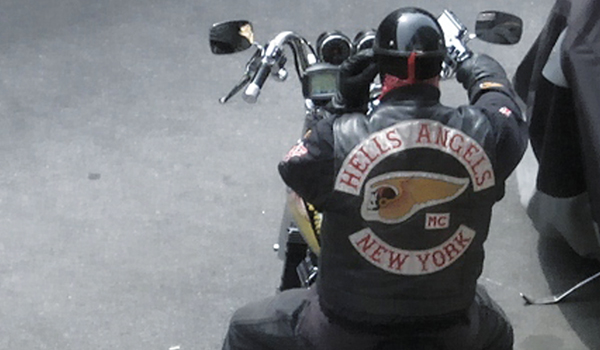 Bikers can be found in every city on every continent. Many clubs identify themselves with patches or colours sewn onto their jackets, but what appear to be random choices over positions and designs are actually the result of delicate and lengthy negotiations within the complex world of biker politics. Most organised bikers belong to MCCs  motor cycle clubs  and wear their patches on the front or side of their jackets. Joining these clubs is easy and requires little in the way of ongoing commitment. Patches are available to purchase by anyone who turns up to a rally or meeting and the main aim of the clubs is to enhance the social life of its members. At the other end of the scale are the MCs  motorcycle clubs. A MC is about much more than simply a brotherhood or camaraderie  it is more a way of life, and patches cannot be bought, only earned, a process that can take many years. MC members wear a three-part back patch, sometimes sewn directly onto a jacket but usually on a leather or denim cut-off. The club name appears at the top on a curved bar known as a rocker. The club colours are in the centre while a bottom rocker will name the territory  an area that no other MCs are allowed to enter without permission. The major MCs also sport a diamond shaped patch emblazoned with 1% on the front of their colours. This originates from a massive drunken riot that followed a 1947 drag race meeting attended by thousands of bikers in the small town of Hollister, California. In the aftermath, the organisers, the American Motorcycle Association, said the trouble had been caused by a small minority and that 99 per cent of those who attended had been well behaved. The riot went on to inspire the Marlon Brando film The Wild One and MC gangs have called themselves one percenters ever since. It is impossible to overstate the importance of a set of patches to a MC member. They are the most prized possession and their loss under almost any circumstances is condemned as an unbearable disgrace. Patches are regarded as so sacred that MC members consider them worth fighting for and, if necessary, dying for. When Hells Angel Gerry Tobin was shot dead on the M40 in August 2007 by members of a rival biker gang, his fellow Angels cut the patches off his body to prevent them being taken as evidence. As far as bikers are concerned, their patches belong to the club, not the individual. A few years ago, a 63-year-old vicar was beaten and robbed by members of the Animals MC in Pennsylvania after failing to seek permission to wear a back patch that featured a red cross on a white background with the words Shield of Faith Ministries. In the UK, the Brothers of the Third Wheel (BTW) go to great lengths to point out that it is an association, not a club, for trike riders. It has many female members, promotes a family atmosphere and has never been involved in any form of conflict. Following careful negotiations, members are allowed to wear a symbol on their backs because the 1% clubs have designated it a badge, not a patch. Despite this, the Hells Angels have forbidden BTW members from wearing their badges anywhere in Kent. These rules exist because a MC must be seen as the dominant club in the area over which it has control, and the best way to achieve this is to ensure no other club wears its colours there without permission. When clubs fail to follow this rule, a war can start, which in some cases can quickly escalate out of control. In Ireland last month, Alan Cookie McNamara was convicted of shooting dead Andrew ODonoghue, a high-ranking member of the Road Tramps MC, in a dispute that also centred on patches, territory and notions of respect. McNamara, 51, had been a member of the Road Tramps but left to join the rival Caballeros MC after a disagreement over the future direction of the club. The Caballeros originated in Tipperary, but had since moved to a clubhouse in Limerick city, resulting in ongoing rivalry between motorcycle gangs in the region. For the Road Tramp