The Independent Police Complaints Commission (IPCC) and Shadow Home Secretary Diane Abbott have been blasted for creating an unnecessary storm and a platform to register “deep concern and upset” over the death of Rashan Charles. 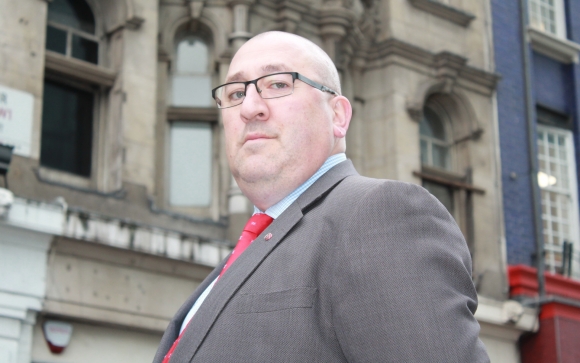 The Independent Police Complaints Commission (IPCC) and Shadow Home Secretary Diane Abbott have been blasted for creating an unnecessary storm and a platform to register “deep concern and upset” over the death of Rashan Charles. Violence erupted at a vigil held outside Stoke Newington Police Station on Friday (July 28). Bottles and fireworks were hurled at officers, cars were damaged and a police officer and member of the public suffered minor injuries. Mr Charles was a passenger in a vehicle stopped by Metropolitan Police Service (MPS) officers in Dalston, east London, on July 22. When he made off, one officer chased him into a shop and detained him with the assistance of a member of the public. He was caught on CCTV placing an object in his mouth before being forced to the ground. He fell ill and died later in hospital. The officer called for medical assistance and attempted to remove the package from his throat. Metropolitan Police Federation (MPF) chair Ken Marsh has accused the IPCC of issuing “half a story” in its August 2 statement on forensic analysis revealing Mr Charles had not ingested a controlled substance. The brief announcement, agreed with Mr Charless family but not the MPS, did not say what was in the package. Mr Marsh stressed that the IPCC handling of the case commentary had led to “more questions than answers”. He added: “The IPCC is trying its best to make it difficult for us to do our job. Yet again it is creating an unnecessary storm.” The MPF chair said that despite the case being “so straight forward, it is not true”, the IPCC was inflaming the situation by not identifying the substance that the officer had been trying to prevent Mr Charles from swallowing. “The IPCC is only commenting on what it isn`t. We don`t know what it was but an officer must have a right to preserve life,” added Mr Marsh. Ms Abbott, who was not available for comment, earlier told the BBC urgent work must be done to rebuild trust between the police service and the local community. The Hackney North and Stoke Newington Labour MP said the violent demonstrations were “wrong” and she joined with Mr Charles` family in calling for peace. However, Ms Abbott said the IPCC`s update, coupled with the recent release of the MPS report on use of force, which showed a disproportionate use of force against [black and minority ethnic] people, will no doubt cause deep concern and upset. Mr Marsh attacked her remarks as “despicable” and said they were “not based on fact”  resulting in pointing the finger of “guilt” at an officer. Mr Marsh said Ms Abbott`s intervention in recent days on policing matters was “not helping at all”. He added: “It is not right and definitely not based on facts. “She is saying my colleagues are guilty. As Shadow Home Secretary, if that is her starting point then we don`t have a lot of hope, do we. “It beggars belief to think that in 2017 with CCTV and body cameras, officers can have anything to hide. Why would we do anything other than help and preserve life?” he asked. Mr Marsh predicted that toxicology reports will clear his colleague of any wrongdoing. The IPCC told Police Professional that community relations groups had given assurances that there would not be a backlash to its `substance statement`. Asked directly whether the family had been told what substance their son had induced, the IPCC replied: “At this stage we have no intention of going any further in defining what it was”.