A 44-year-man British man is being held on suspicion of criminal trespass, after a car forced its way through a military checkpoint at RAF Mildenhall in Suffolk. 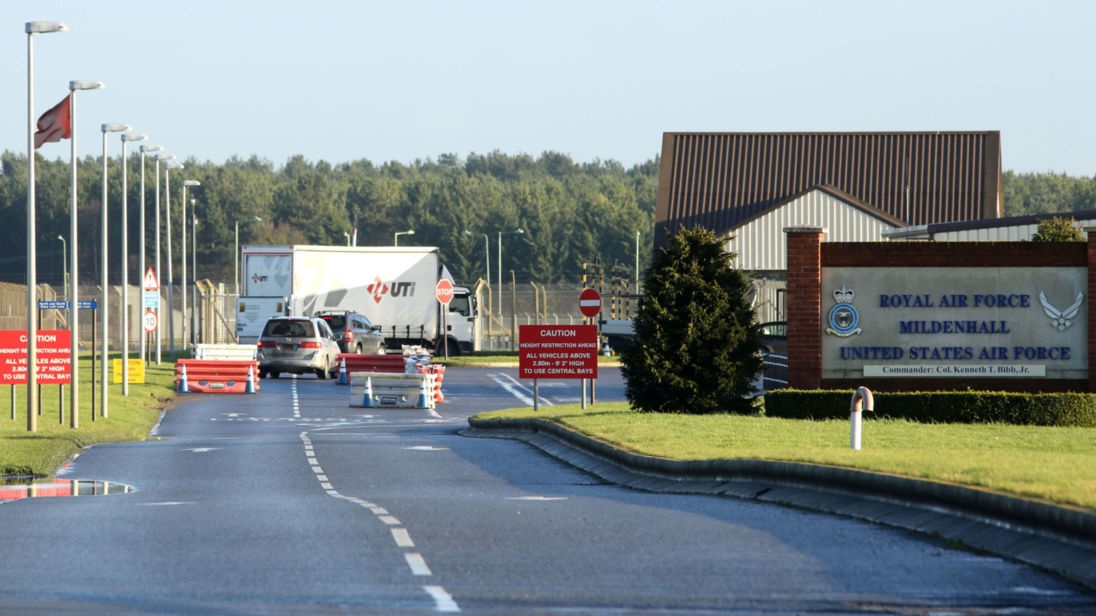 A 44-year-man British man is being held on suspicion of criminal trespass, after a car forced its way through a military checkpoint at RAF Mildenhall in Suffolk. The 1,162-acre US Air Force facility went into lockdown after shots were fired following a breach of security. US security personnel opened fire and the driver was taken into custody, before being handed to Suffolk Constabulary for a civilian investigation. The force said Monday`s (December 18) incident was being treated as trespass, not terrorism at an air base that was the subject of an extremist attack plot last year. An internal inquiry by the US airbase into why guns were discharged will be held, the force added. Superintendent Kim Warner, from Suffolk Constabulary, said the man, who suffered cuts and bruises, was arrested after a “short pursuit” and his vehicle was stopped by US security services. He said: “Shots were fired by US security, I don`t know how many, but I do know that shots were fired. “It would be fair to say some of the minor injuries were probably as a result of him being apprehended.” Supt Warner said there was “no obvious motive at this stage”, adding there was no wider threat to the public or the base, and police were not looking for anyone else. RAF Mildenhall has previously been a potential target for a terror attack. In May 2016, Daesh extremist Junead Khan was given a life sentence for planning a strike against American military personnel in Britain. He had been communicating with Daesh fighter Junaid Hussain, a British hacker later killed by a US drone strike, who incited him to attack military bases. In online chats, the men cited the 2013 murder of Lee Rigby as inspiration for their planned atrocity. Khan, of Luton, used his job as a delivery driver to scout bases including Mildenhall and nearby RAF Lakenheath.