Pioneering changes are needed to the criminal justice system to stop the young becoming “the next generation of adult offenders”, a landmark review urges. 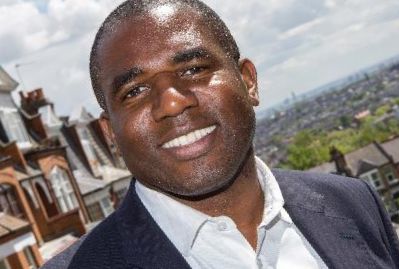 Pioneering changes are needed to the criminal justice system to stop the young becoming “the next generation of adult offenders”, a landmark review urges. More than 30 vigorous recommendations, including rolling out a deferred prosecution model, exploring how criminal records could be sealed and introducing assessments of a young offenders maturity, have been tabled in the report published today calling for major steps to increase diversity and transparency. In January 2016, former Prime Minister David Cameron asked Tottenham MP David Lammy  chair of the All Party Parliamentary Group on Race and Community  to lead a review of the Criminal Justice System in England and Wales, to investigate evidence of possible bias against black defendants and other ethnic minorities. His study into the treatment of, and outcomes for, Black, Asian and Minority Ethnic (BAME) individuals demands a radical overhaul on the way young offenders are dealt with by the criminal justice system. The proportion of BAME young offenders in custody rose from 25 per cent to 41 per cent between 2006 and 2016, despite the overall number of young offenders falling to record lows. Meanwhile, evidence shows the rate of black defendants pleading not guilty in Crown Courts in England and Wales between 2006 and 2014 was 41 per cent, compared to 31 per cent of white defendants. This means they lose the possibility of reduced sentences and it raises questions about trust in the system, the study suggested. The Lammy Review also revealed that the BAME proportion of young people offending for the first time rose from 11 per cent in 2006 to 19 per cent a decade later. There was an identical increase in the BAME proportion of young people reoffending over the same period. Despite fewer young offenders than a decade ago, the proportion of BAME young offenders has risen disturbingly,” said Mr Lammy. Unless we see fundamental reform, these young people will become the next generation of adult offenders, stuck in a cycle of crime, unemployment and welfare. The review  which considered evidence from the point of arrest onwards  has taken 18 months to complete and, as well as visiting communities and institutions across the UK, has encompassed fact-finding visits to countries including the US, Canada and New Zealand. Taking inspiration from youth justice in Germany, the study argues that rigorous assessments of a young offenders maturity should inform sentencing decisions. Those judged to have low levels of maturity could also receive extended support from the youth justice system until they are 21. The review also calls for Local Justice Panels to be established, taking inspiration from New Zealands Rangatahi courts, where local people with a direct stake in a young offenders life are invited to contribute to their hearings. Mr Lammy makes groundbreaking recommendations for judges, prosecutors and prisons. In one particularly radical proposal, he calls for a deferred prosecution model to be rolled out, allowing low level offenders to receive targeted rehabilitation before entering a plea. Those successfully completing rehabilitation programmes would see their charges dropped, while those who did not would still face criminal proceedings. The scheme has been piloted in the West Midlands, with violent offenders 35 per cent less likely to reoffend. Victims were also more satisfied, feeling that intervention before submitting a plea was more likely to stop reoffending. All sentencing remarks in the Crown Court should also be published, making justice more transparent for victims, witnesses and offenders, and addressing the trust deficit between BAME individuals and the justice system. He also says the UK should learn from the US system for sealing criminal records, claiming ex-offenders should be able to apply to have their case heard by a judge or independent body, such as the Parole Board, where they could prove they have reformed. The judge would then decide whether to seal the reco