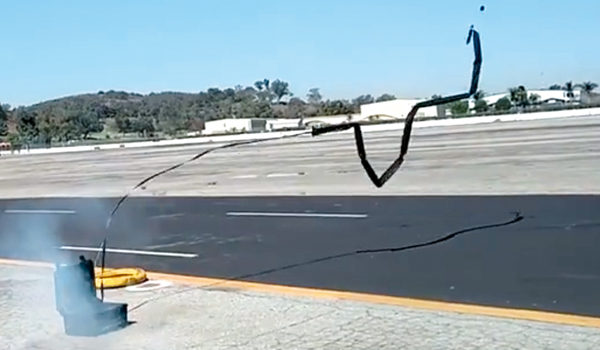 Even if a traditional spike strip works as intended, officers may still be in danger. After stopping the offender they have to enter the road a second time to retrieve the device, as leaving it there could damage cars belonging to innocent members of the public.

The risk associated with stop sticks was shown earlier this month when a US police chief in Buffalo, New York suffered two broken legs and was rushed to hospital after being struck while deploying one of the devices. However, thanks to two new innovations, ending pursuits could become much safer for police and the public.

Pacific Scientific Energetic Materials Company (PacSci EMC) has developed a product called the NightHawk®, which is designed to help officers stop vehicles without putting themselves in danger. The NightHawk, which resembles a large black briefcase, remotely deploys and retracts approximately 4.5m of spike strips with no need of an officer to enter the road. PacSci EMC believes NightHawk is easier to use than handheld/manually deployed systems and can be deployed and retracted more safely and can potentially save lives.

After placing a NightHawk at the side of a road, the user can retreat to safety up to 30m away. When the suspect vehicle approaches, the officer only has to push a button and a gas generator cartridge launches the spike strips across the road. A weight at the end of the 7m line pulls the strips across the road, presenting 4.5m of spike strips across two lanes in less than two seconds. The strip is triangular  so the spikes will always be face-up no matter how it lands  and once the vehicle has run over it, a push of a second button remotely retracts the spike strips, so no other vehicles will be affected.

The NightHawk weighs just 14kg and can be deployed in any weather conditions. Each device contains ten stop-sticks, which can be replaced as they are used, it can be prepared for use quickly and officers can be trained to use it in less than an hour. The unusual name comes from the sharp spikes the developers describe as similar to a bird of preys talons  and the fact that its small size and dark colour makes it much harder for criminals to spot than an officer in the road.

Deploying any pursuit-ending device becomes much more dangerous if the driver is actively trying to hit officers or other pedestrians. This tactic has become increasingly common among terrorists, to the extent that it has been used in three of the five attacks in the UK this year, as well as multiple similar incidents in Europe. With offenders often opting to use vans and lorries as weapons, the ability to stop even the largest vehicle quickly and safely is critical.

To help achieve this, PacSci EMC has also released ArrestNet  a remotely deployed portable vehicle arresting system. Similar to the NightHawk, officers can activate this device from a distance of around 30m away to non-lethally bring a speeding vehicle to a standstill. At the push of a button, the ArrestNet rolls a high-strength net lined with barbed spikes into the oncoming vehicles path. These spikes then penetrate the vehicles tyres, entangling the wheels and halting it safely, effectively an enforced emergency stop. 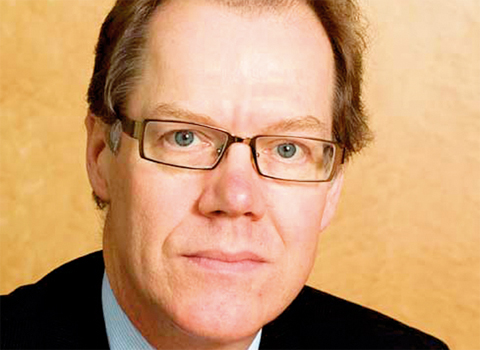 Monitoring of police vehicles to save £1m