Technology continues to be a major factor in the transformation of policing so Police Professional looked into how the Police ICT Company is assisting the service achieve its goals. 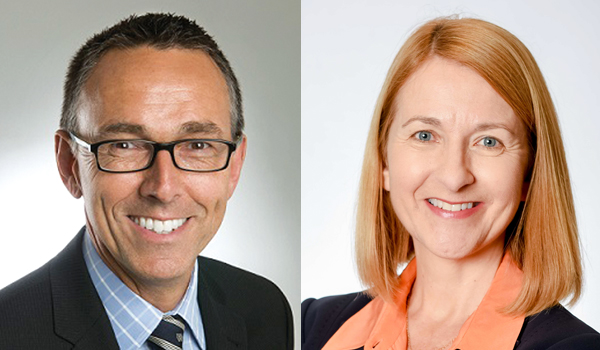 The fast-paced changes within ICT, the as yet untapped benefits from much-heralded cloud-based technology, and the uncertainty over funding, are just some of the complex technology issues the police service is wrestling with. The Police ICT Company was a dormant entity until around two years ago but with the service effectively taking ownership through police and crime commissioners (PCCs), the recruitment of a chief executive and other staff, and the publication of the Policing Vision 2025 document by the National Police Chiefs Council (NPCC) and the Association of Police and Crime Commissioners, the path to resolve the many technology challenges appeared clearer. However, the resignation in April of the Companys first chief executive, Martin Wyke, under whose leadership it had become established and developed a strong partnership with stakeholders, could have left it void of direction. Police Professional spoke to his interim replacement, Robert Leach, and the chair of the Companys board, Sussex PCC Katy Bourne, to find out how the very important initiatives are progressing while it seeks a new leader. On July 3, the Companys quarterly board meeting reaffirmed the direction of the Company, approving the recruitment campaign for a new chief executive, while also agreeing a set of three main objectives for the organisation. Mrs Bourne said work is continuing at pace to harvest the benefits of major projects, including the three Business Enabler commissions led by the NPCCs Transformation lead, Ian Bell  Delivering Security Operations Centre (SOC) capabilities; Integrated Access Management (IAM) Capabilities; and Productivity Services. The Companys board has a broad representation, and includes Mrs Bourne and five other PCCs, a representative of Londons mayor, the National Police Technology Council (NPTC), the Home Office, non-Home Office policing entities (for example, the Police Service of Northern Ireland, British Transport Police and the National Crime Agency). Mrs Bourne says the boards support, members backgrounds and their experience are contributing to the direction the Company is taking, and the objectives it is setting out to achieve in 2017/18. The first of these objectives is to work with the NPTC and other stakeholders to set strategy, principles and standards for ICT development across the service. The aim, says Mr Leach, is to get to a position where different forces, each with different competitor suppliers IT systems in place, are able to share information from their respective systems (for example, case, custody, crime and intelligence) at the push of a button. While many police leaders will raise their eyebrows at the prospect of this long sought aspiration coming to fruition soon, a handful of forces are taking the first steps to making this a reality. But the ability to share information in this way requires technology standards to be agreed and published for suppliers to adhere to, and the company has received many suppliers agreement to share APIs (application program interface) that allow that immediate cross-boundary sharing to take place. The first standards-related information will be published via the Companys website  and, subject to various and necessary approvals, it is hoped that this initial information will be available in the autumn. Mr Leach says the Information Management Operational Requirements Coordination Committee (IMORCC), led by City of London Police Commissioner Ian Dyson, has been working hard to interpret the operational need into technology standards for policing and suppliers to follow. Once these standards are published, more suppliers and partners, including small to medium enterprises, will be better enabled to work in the police market, as their products will be fit for purpose and more accessible to a larger number of forces. This will benefit all by increasing innovation and competition as well as helping to drive down costs. There are no plans to mandate the use of products or services that meet the standards,