Police Professionals series explaining the world of sentencing continues as we explore the range of outcomes after conviction from differing scenarios. 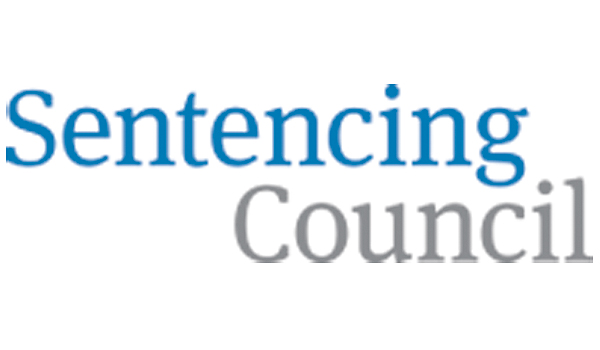 Burglary, which comprises domestic, non-domestic, and aggravated burglary, is the kind of high volume offence that comes before the courts on a regular basis. In 2016, more than 12,000 adult offenders were sentenced. Sentence levels for any type of offence will naturally vary according to the facts of the case, but burglary has a potentially very significant span. Last year, sentences for domestic burglary ranged from a discharge to 13 years. On the one hand, maximum sentences are high, acknowledging how serious these offences can be. On the other hand, domestic and non-domestic burglary can also be tried in the magistrates courts since much of this offending is of a lower-level nature. The majority of offenders are sentenced to immediate custody. The law Burglary is committed when an offender either: a) as a trespasser enters a building intending to steal, inflict grievous bodily harm or do unlawful damage; or b) having entered as a trespasser steals or attempts to steal, or inflicts or attempts to inflict grievous bodily harm. There are three types of burglary recognised in law. These are: Domestic burglary  burglary of a dwelling  Theft Act 1968 (s9). This type of burglary occurs when an offender enters, as per the definition above, a building in which people live. This generally refers to houses or flats. It also includes boats and vehicles, such as caravans, and can include domestic outhouses or garages if they are linked to a house. Domestic burglary is an offence that can be tried either in the magistrates court or the Crown Court depending on how serious the case is. In the Crown Court, sentences of up to 14 years can be given. Parliament has also introduced a minimum sentence of three years for adult offenders convicted of a third domestic burglary. Last year, some 6,300 offenders were sentenced, with the average prison sentence, after any reduction for a guilty plea, being two years two months, while the maximum passed was 13 years. Non-domestic burglary  burglary of premises other than a dwelling  Theft Act 1968 (s9). This type of burglary relates to buildings which are not lived in. Non-domestic burglary is regarded by the law as less serious than a domestic burglary because the burglary is not of a home and therefore the law has set a lower statutory maximum of ten years for the offence. Last year, 5,700 offenders were sentenced. The longest sentence given in 2016 was at this maximum of ten years while the average sentence length was ten months. Like domestic burglary, it can be heard in the magistrates court or Crown Court. The burglary of the Hatton Garden safe deposit vault in 2015 is an extreme example of a non-domestic burglary and the main players were each given seven-year sentences. In passing sentence, the judge said: This case stands in a class of its own in the scale of the ambition, the detail of the planning, the level of preparation, the organising of the team to carry it out and in terms of the value of property stolen. While the seven years might seem some way from the maximum sentence, the judge took into account the guilty pleas entered by the burglars and applied a reduction in sentence of 30 per cent, this sort of level of reduction being standard if the offender pleads guilty at the first opportunity. Aggravated burglary  Theft Act 1968 (s10). This offence is committed when, at the time of a burglary, the offender has with him any firearm or imitation firearm, any weapon of offence or any explosive. Due to its seriousness, it is an offence that can only be tried in the Crown Court and the maximum sentence is life imprisonment. Approximately 200 offenders were sentenced last year for which the longest sentence was 15 years, with the average custodial sentence length being seven years three months. Where a weapon is used to attack someone at the property in the course of the burglary, this would naturally increase the seriousness of the offence and therefore the sentence, but the offender would also norma