A new study shows that nearly half the British public would be prepared to share personal data with the police in return for enhanced personal security against criminal or terrorist attacks.

A new study shows that nearly half the British public would be prepared to share personal data with the police in return for enhanced personal security against criminal or terrorist attacks.

The survey also found that peoples growing interest in using social media for public security extends to an increasing willingness to report crimes via social media rather than by telephone or face-to-face, especially among the young  15 per cent of 18 to 24-year-olds said they would use a social media site to contact the police if they witnessed a crime (as opposed to only one per cent of the 55-plus age range).

The survey of more than 2,000 UK adults, carried out by online polling firm YouGov for SAS, the business analytics software and services company, found that people are most willing to share information when they expect it to lead to higher levels of security and that, generally, they trust the police with this information far more than they trust the Government.

Mark Gibson, sales and marketing director EMEA & Asia Pacific, Public Security, SAS, said: While people remain cautious about who has access to the data they share online  and on social media networks in particular  their concern about crime and terrorism is such that many are prepared to sacrifice privacy in return for greater peace of mind about personal security.

This confidence in sharing when there is a clear security benefit contrasts strongly with the publics continuing wariness about government, banks or other groups using the information theyve posted online, or even knowing where they are.

Over three quarters (77 per cent) of the survey sample said they would not be prepared for any groups to have access to their location information while 82 per cent were not comfortable about groups using personal information theyve made available on social media.

More generally, the survey reveals a widespread lack of awareness among British adults that other groups are likely to use the information they post online. As many as 27 per cent of social networking website users polled did not think any groups were currently using personal information they had made available on social media. Only 26 per cent of respondents thought the Government was using this kind of information and just 27 per cent thought smartphone service providers were.

The public perception about what happens to the information they share online appears to be far removed from the reality, explained Mr Gibson. Our survey shows that nearly half (42 per cent) of online British adults use social media websites at least once a day. Yet many dont realise that by doing so theyre likely to be sharing data with a range of other groups, and when questioned directly, they are often nervous and even hostile about different groups using their information. 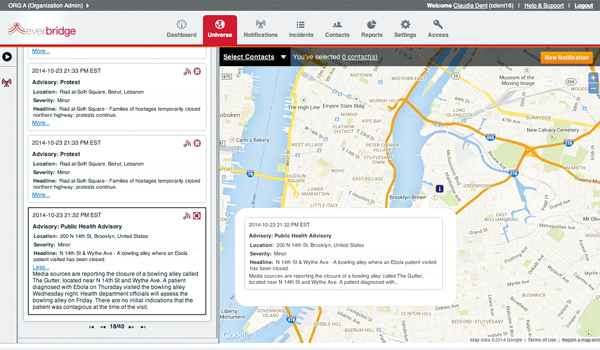