Public asked to Step Up as police volunteers

Policing is trying to re-energise itself with a new campaign to raise awareness of the hundreds of volunteer opportunities on offer. 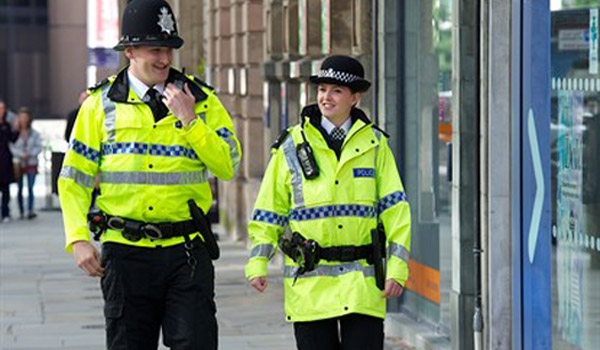 Policing is trying to re-energise itself with a new campaign to raise awareness of the hundreds of volunteer opportunities on offer. The Step Up campaign seeks to encourage more people to join the 38,000 who regularly donate their time to the service by highlighting the crucial work they perform. Through a series of short videos featuring special constables and other volunteers, it aims to raise awareness of the hundreds of volunteering roles available across England and Wales. The campaign comes as part of the national Citizens in Policing strategy, which promised to publicise of the breadth of opportunities for volunteering in policing. Chief Constable Dave Jones, national lead for Citizens in Policing, believes people are generally unaware of the different roles they can volunteer for in the police service. He said: Policing our communities is something that takes the efforts of everyone  not just police officers. So, were hugely grateful to the thousands of people who donate their time and expertise to support local policing and help to better safeguard communities. However, it appears that theres an awful lot of people who are simply unaware of the scale of opportunities that exist. Our Step Up campaign is about raising awareness of the exciting and numerous opportunities available, which range from cyber-related and hostage negotiation roles through to animal welfare and victim support posts. In 2016, it is estimated volunteers across England and Wales donated more than five million hours of their time. Steve White, chair of the Police Federation of England and Wales, recognised the fantastic contribution made by volunteers and said that policing could not function without them. But he added that their role must be to support police, not replace them. Figures released this summer showed overall officer numbers dropped by another 1,000 last year to a level not seen since 1985. Budgetary pressures have also increased due to the Governments announcement of a two per cent pay award, half of which forces will have to fund themselves. This announcement prompted several chief officers and police and crime commissioners to warn that financing the pay rise without additional support may require further job cuts. Mr Jones denied that the campaign is an attempt to fill gaps in the service by recruiting more volunteers. He said: The volunteer police service pre-dates the regular police service by some time. There is a long history of volunteering linked to policing, and this is about being supplementary and complementary, not replacement. The police service has needed to re-energise its desire to encourage people, because why would you not? Its a very exciting world to get involved in.