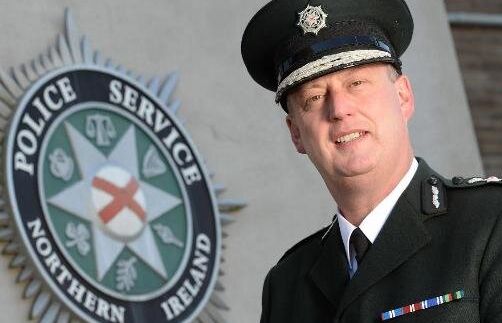 Northern Ireland`s most senior officer believes “political stalemate” is holding back progress introducing independent mechanisms to assist legacy investigations of the Troubles. Three years after the Stormont House Agreement proposed a new Historical Investigations Unit (HIU), the wider implications of the impasse has left George Hamilton with “concerns and frustrations” that it still hasn`t been created. The Police Service of Northern Ireland (PSNI) Chief Constable spoke up during a “very constructive” meeting with Sinn Fein, the former power-sharers in the province`s executive. Mr Hamilton said he was anxious to “see the HIU established”, adding that he had been a “long-time advocate and supporter” of its value. An independent unit would be a natural successor to the Historical Enquiries Team, which ran from 2005 until September 2014, covering 3,269 murders for a 30-year period from 1968 to 1998. Budgetary shortcomings hampered its progress and it also faced criticism from Her Majesty`s Inspectorate of Constabulary a year before it shut down, for “not looking into every case”. That same accusation was levelled at Mr Hamilton on Tuesday (August 8) at his meeting with the republican party. It complained over the PSNI`s “failure” to complete an inquiry into the historical activities of the Ulster Volunteer Force`s (UVF) notorious Glenanne gang. After the meeting, Mr Hamilton said: “I was able to share my concern and indeed my frustration at the political stalemate that means that we haven`t got the Stormont House institutions up and running. “I want to see the HIU established, I`ve been a long time advocate and supporter of that. Whatever help we can bring to the table around professional policing advice to that we will do that. “We recognise the need for independence around these legacy investigations and whatever we can do to assist with that, then we are happy to work with Sinn Fein and the other political parties to that end.” During the discussions inside Stormont Castle, Sinn Fein`s Northern Ireland Assembly leader Michelle O`Neill highlighted the recent court judgment that criticised the PSNI for a failure to conduct an overarching examination of the extent of alleged state collusion with the Glenanne gang. The gang was a unit of the UVF that counted renegade police and Army personnel among its members. It was responsible for around 130 murders in the 1970s and 1980s. Outside Stormont Castle, Mrs O`Neill said: “We need to see action from the PSNI because clearly the fact that more than 130 people lost their lives at the hands of the Glenanne gang means the force needs to do its job in terms of bringing together all the evidence that`s there, not just in individual cases but looking at it in terms of the whole picture.” Sinn Fein called for the meeting in the wake of the UDA murder of Colin Horner in Bangor in May. Mr Horner, 35, was shot dead by a lone gunman moments after he had put his three-year-old son in the back of his car. The murder has been linked to a feud among loyalist rivals. He was a friend of fellow loyalist George Gilmore, who was shot dead in Carrickfergus in March. Mrs O`Neill said more action against the terror group was needed, adding: “They are holding communities to ransom, particularly around racketeering, drugs and extortion.” Mr Hamilton, who said he provided Sinn Fein with assurances over the level of resources it was committing to combating the UDA, and paramilitarism, added: It was a very constructive meeting. “Of particular interest was the recent murders of Mr Gilmore and Mr Horner, coming out of the feud with East Antrim UDA so we were able to reassure them around the level of operational police activity including the fact that there are two people charged with each of those murders and we were able to provide some reassurance around the levels of patrolling, the operational activity, the number of searches, arrests, seizures of weapons, drugs, money and all the rest of it.