When a missing person investigation received a hearsay admission detectives had a huge task to secure a conviction for murder, and the end result was a lesson in the rules of advocacy and no comment interviews. 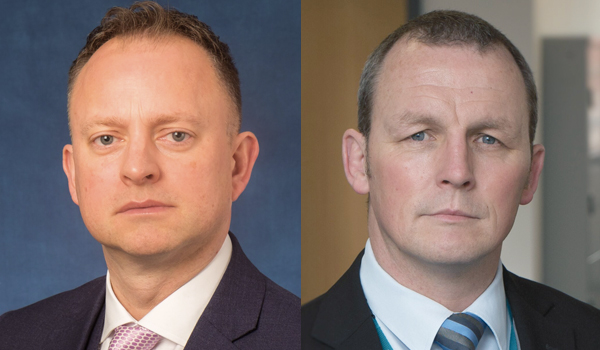 When a missing person investigation received a hearsay admission detectives had a huge task to secure a conviction for murder, and the end result was a lesson in the rules of advocacy and no comment interviews. Mark Manning, a 54-year-old father of two from Lancing, West Sussex, had been missing for nearly six weeks when Detective Inspector Gordon Denslow was tasked with conducting a statutory review of the case. According to the 51 pages of information in the inquiry log, the former military bomb disposal expert regularly spent extended periods of time abroad, working for the Mines Advisory Group (MAG), a charity that removes landmines and other dangers in some of the worlds poorest countries. Mr Manning also bought and sold cars for local garages, often working with a partner, Colin Gale. Gale was the last person to see him on the afternoon of April 19, 2014, when he dropped Mr Manning off at Worthing railway station to catch a train to pick up a car he had bought. His sister reported him missing four days later. Mr Manning lived in the same block of flats as his father and sister and maintained close links with his family, even when he was abroad. The day after he was last seen, he had arranged to meet his 16-year-old son, Kane. Mr Manning was in the middle of doing work on his sons bathroom and was in the process of arranging a visa to see his daughter, Ana, who lived in Angola, but he failed to turn up. He had not used his mobile phone or withdrawn any cash since April 19, and it was now the final week in May. Although various supervisory reviews of the missing persons file had been conducted, they had all come to the same conclusion that Mr Mannings lifestyle meant he did not represent a high-risk case. Det Insp Denslow did not agree, identifying 14 factors that led him to conclude Mr Manning was indeed a high-risk missing person and very likely to have been the victim of a crime. He decided to escalate the investigation and requested the case be transferred. However, the case took a new twist on Sunday June 1 when Detective Chief Inspector Mike Ashcroft of the Surrey and Sussex Major Crime Team received a phone call from two colleagues in the West Sussex division. They said they had received an anonymous tip that a man named Colin Gale had been responsible for the murder of Mr Manning and that a second person, Stewart, had been present at the time. As the duty senior investigating officer (SIO), the officers had made the courtesy call to Det Chief Insp Ashcroft to advise him they planned to arrest the two men. Det Chief Insp Ashcroft said he put the brakes on that, questioning what evidence they going to base the arrests on. We didnt even have a body. In my view one anonymous piece of information simply wasnt enough, he explained. Det Chief Insp Ashcroft was also concerned that if the arrests were made the two men would later be released on bail  and they did not know who the source of the information was. If we reacted and only one person had knowledge of the murder, then the arrest would put them in danger and we would be unable to protect them, as we did not know who they were, he added. Det Chief Insp Ashcroft took over as the lead on the investigation, appointing Det Insp Denslow as his deputy. Taking on board lessons learnt from other no body murder cases, Det Chief Insp Ashcroft first had to decide whether to deal with the case as a missing person inquiry with a murder inquiry running in the background, or whether to immediately go public with news of a murder inquiry. He decided on the latter, in part to see whether there was any response from the men who had been named as being responsible, and also in the hope of generating further information from the public. Det Chief Insp Ashcroft went to see the family to explain that the nature of the investigation had changed from a missing person inquiry led by local officers to a homicide investigation led by a major crime team. They did not take the news