Rape victims are to be given a new voice in the justice system amid mounting concern that trials can leave some women so traumatised they simply disengage when the case goes to court. 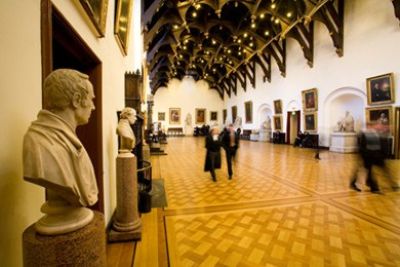 Rape victims are to be given a new voice in the justice system amid mounting concern that trials can leave some women so traumatised they simply disengage when the case goes to court. Scotlands Crown Office and Procurator Fiscal Service (COPFS) has signed an agreement with Rape Crisis Scotland (RCS) that will see victims of sexual crime providing feedback on their experience of the justice system. The move follows a report last month by the Inspectorate of Prosecution in Scotland which found that too often women felt the trial process so gruelling they would rather see their attacker go unpunished than appear in court. It said women often wait months for any news of their case and the COPFS does not do enough to keep victims informed. When it does contact them, the inspectorate said it often uses indecipherable legal jargon. Under the new memorandum of understanding between COPFS and RCS the charity will share anonymous feedback on victims experiences and their views of other COPFS services. The aim is to use the information gained to improve the service provided to victims of sexual crime. The feedback will cover, among other things, the way the process was explained, how information was shared and, where relevant, the persons experience in court. Victims will also be asked if anything could have been done better by the COPFS. Signing the agreement with RCS coordinator Sandy Brindley, Lord Advocate James Wolffe QC said it reflected the Crowns commitment to victims. The service already works closely with Rape Crisis Scotland and this Memorandum strengthens that relationship. The feedback process which we have agreed will provide a mechanism to ensure that the voice of the victim is heard, and will help to shape the work of the service, he said. We cannot bring the perpetrators of sexual crime to justice unless victims come forward and speak up. That is why we value the work of Rape Crisis Scotland and other organisations which provide support to victims. That is why we have revised our own Victim Strategy and want to continue to improve the service which we provide. Obtaining feedback from victims on a more systematic basis will help us to do that. Ms Brindley added: We are delighted to work with the Crown Office to develop a systemic approach to obtaining feedback from complainers. This is a very positive development, which will ensure that the experience and views of sexual offence complainers are fed directly into the prosecution process.