The responsibilities of custody officers are often immense and hazardous, which is why a recent conference sought to make police cells a safer place for all. 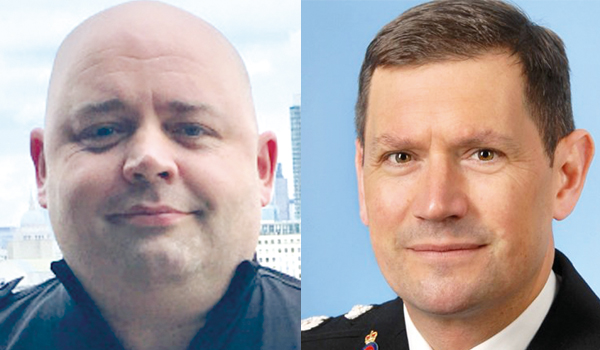 Data released by the Police Federation of England and Wales (PFEW) suggests that to many, custody is still seen as a punishment posting. Nearly one in five custody officers wants to be redeployed into other roles as soon as possible, and around three quarters of their colleagues claim they would never want to work in detention. This attitude is understandable; custody sergeants have significant responsibilities regarding rights and welfare, and could face serious consequences if things go wrong. Meanwhile, the past 12 months have seen sweeping legislative reforms to the custody environment, which have introduced new and unique challenges. At the PFEWs National Custody Seminar, subject matter experts gathered to discuss these problems and share suggestions for how custody officers should best respond. Mental health The legislative structures surrounding mental health policing are about to change. Amendments to the Mental Health Act will introduce a requirement to consult mental health practitioners before detaining someone using section 136 powers where practicable, and will end the use of police stations as places of safety for children. The amendments also mean police stations will no longer be available as places of safety for adults, except in what the Act labels exceptional circumstances. However, according to Inspector Michael Brown, mental health coordinator for the National Police Chiefs Council (NPCC) and the College of Policing, these reforms could present significant risks. One immediate challenge lies in the fact that exactly what constitutes exceptional circumstances has not yet been formally published. Draft regulations suggest they may apply when the arresting officer and an inspector reasonably believe an individual poses an imminent and serious risk of injury or death and no other facility is available, but Insp Brown believes the level of severity stipulated by this means the patient should most likely be taken to accident and emergency. As a result, the amendment could lead to the people who most need care being taken into police stations. Another change will mean that if someone is detained under section 136, forces will have just 24 hours to deal with them, rather than the 72 provided by current law. Although this can be extended to 36 hours with authorisation from a doctor and a superintendent, this is only possible if the delays are a result of assessing the individuals mental health, not due to problems with finding them a bed in a healthcare setting. This subject has many forces and healthcare practitioners worried; although some areas of the country are able to quickly assess detainees mental health, many struggle to quickly find them somewhere to stay. In a recent case in the West Midlands, it proved impossible to find a bed within the current 72-hour limit, so a potentially violent person had to be released and detained again once a bed was located. With the overall custody time limit cut by 66 per cent, this pressure is likely to grow even more. The issue of getting a person a bed becomes even more complicated when the case involves a criminal arrest. If a person has been arrested on suspicion of a low-level offence, the legal right to detain them for hours while waiting for an approved medical practitioner to conduct a mental health assessment is unclear. If it is decided they need a bed, there is no legal power to hold them for days while one is located  but releasing them could enable the detainee to harm themselves or others. Delays of this scale are unfortunately common. Last year, the NPCC asked all forces to provide data on cases where a suspect was arrested, assessed under the Mental Health Act, it was decided they needed admission to a healthcare setting and how easy it was to find a bed. The results, provided by 21 forces covering approximately a third of the population, showed just 60 cases in the last three months of 2016 went smoothly and another 50 were finished within 24 hours. In the remaining 264 cases, it took more tha