Jail terms of less than 12 months should be scrapped as they do little to reduce reoffending, according to Scotlands chief inspector of prisons. 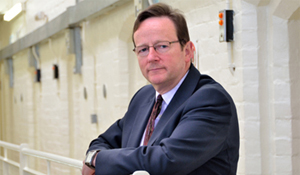 Jail terms of less than 12 months should be scrapped as they do little to reduce reoffending, according to Scotlands chief inspector of prisons. David Strang is backing the wider use of community-based solutions such as fines as he believes short prison sentences are costly and ineffective. The former Lothian and Borders Police chief constable called for the current presumption against sentences less than three months to be expanded to a year. The Scottish government has not yet published its response to a consultation on increasing the court presumption. Mr Strang told BBC Radio Scotlands Good Morning Scotland programme: The evidence is very clear that if you want to reduce crime then you dont send people to prison for a short time. So I would have thought that one purpose of the criminal justice system is to prevent future crimes, to reduce reoffending, and that if you send someone to prison then the damage that does leads to them reoffending more than if you had given them an alternative. More than half of people released from Scottish prisons before 12 months are reconvicted within a year. While prison sentences cost £30,000-40,000 per person annually, community-based options such as payback orders cost less than £10,000. The Scottish government said it will consider Mr Strangs views and discuss how best to take them forward.