A child killer whose actions continue to revolt the nation even after 25 years is starting a new prison sentence today for having indecent images of children for a second time. 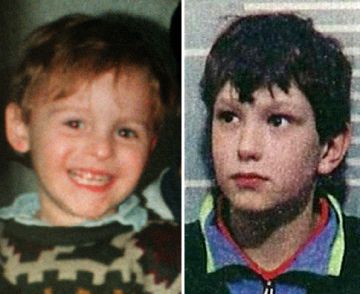 A child killer whose actions continue to revolt the nation even after 25 years is starting a new prison sentence today for having indecent images of children for a second time. Jon Venables, one of two-year-old James Bulgers killers, was jailed for three years and four months for possessing more than 1,000 images of children. Venables, who was released on licence in 2001 after serving eight years for the murder of James, was returned to prison last November after being caught with the pictures. He pleaded guilty via video link at the Old Bailey on Wednesday (February 7) to possessing 392 category A images, 148 category B and 630 category C pictures as well as a sickening” child abuse manual. Sentencing Venables to 40 months, Mr Justice Edis told him: This case is unique because when you were ten years old you took part in the brutal murder and torture of James Bulger. That was a crime which revolted the nation and which continues to do so even after the 25 years that has passed since it happened. The facts of what you did are notorious and there is no need for me to repeat them here. The court heard when Venables` computer was seized in November images were found of children, mainly aged between six and 13, although some were of younger children and even babies. Officers also found a “paedophile manual”, described by prosecutor Louis Mably as a “disgusting and sickening document which falls far below any recognisable standard of morality”. Mr Justice Edis said possessing the manual suggested Venables was “at least contemplating the possibility” of committing an actual sexual crime against children. Along with the jail sentence, the judge made Venables the subject of an indefinite sexual harm prevention order and ordered his laptop be confiscated. He said the Parole Board would decide when Venables would be released. Venables and his friend Robert Thompson, tortured and killed James in Liverpool in 1993 when they were both aged ten. James`s mother Denise Fergus and father Ralph Bulger were in court to hear the latest guilty pleas. The judge said he had received a request to delay sentencing so Mr Bulger could make a victim impact statement. But, in deciding to sentence straight away, Mr Justice Edis said: “I know already how it must be for them when that tragic event is once more brought into the public domain into court and so on because of the offending of one of the killers. “I do not think there is very much more that can be said to me that I do not already know that could have an effect on the sentencing process. Outside the court, Ms Fergus, hit out at the authorities and accused them of “colluding” to cover up Venables` pattern of vile behaviour. She described the court case as a horrendous experience and said the length of the sentence was too short. Three years is really a farce, her spokesperson said, adding it would leave him “believing he got away with it”. “There should be no further collusion or attempts to cover up his offending behaviour. If re-bailed he must be kept on a very tight leash,” the spokesperson added. The comments came after the court heard that Venables had breached his parole in 2015 by accessing the internet but was only handed a police caution rather than being brought back to court.