Law enforcement has run into a number of challenges with the introduction of polymer bank notes, including an inability to lift fingerprints from them, but scientists from Abertay University believe they have identified a solution. 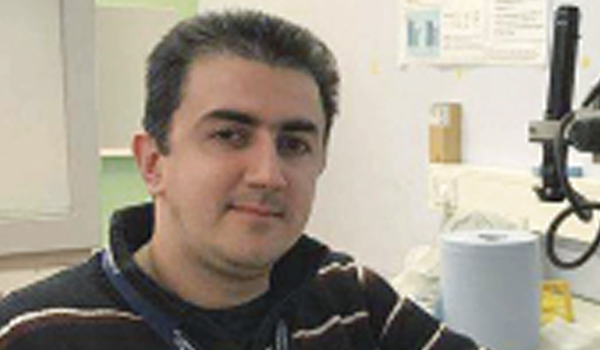 The new plastic £10 note will be launched in September, hot on the heels of the plastic £5 note that was issued last year. In 2020, a plastic £20 note will be issued. Rather than a plastic £50 note, it is likely that this denomination will be phased out of circulation entirely to help combat tax evasion as well as other forms of financial crime. Polymer notes are designed to last longer and be harder to forge. They also resist tearing and can survive a washing machine cycle without damage. But the new notes also come with a challenge for police and forensic scientists as existing techniques for obtaining fingerprints do not work. The key issue is that the new notes have been fashioned from biaxially-oriented polypropylene, a type of plastic that has been strengthened by stretching it in two directions, leaving it with a smooth, shiny surface. All the new notes are deliberately fiddly in design. Illustrations and security features such as foil and transparent sections make it harder to develop a perfect print. Conventional techniques, such as exposing the fingerprint to superglue fumes that stick to the moisture in the ridges of the print and turn them white, can struggle in such circumstances. The developed print simply appears white and is therefore harder to see against the background, and it leaves an indelible mark or stain that means the note can not be returned to circulation. A team of researchers from Loughborough University believe they have developed a possible solution by combining several techniques for revealing and capturing fingerprints that together can be used to successfully retrieve prints from plastic notes. The method involves placing a thin layer of copper over the note that reveals the prints when illuminated with light of a certain wavelength, rendering the background of the note effectively invisible. The process relies on a technique known as vacuum metal deposition (VMD), which involves placing the sample in a high-vacuum chamber and then heating copper wire until it effectively boils. The resulting vapour is then allowed to condense in a layer of precisely defined thickness. Once the copper is in place, the note is illuminated with light of many different wavelengths. To the naked eye the results appear underwhelming. But if filters are used to just let near infra-red wavelengths through, then the prints are revealed against an almost invisible background. Alternatively, a note can be covered in a forensic gel, a material that is usually used to retrieve footprints and similar marks at crime scenes. The gel is then peeled off and treated to reveal and preserve the prints. Although it has proved effective with notes that have only recently entered circulation, the researchers are now testing whether the technique can work on notes that have been through the washing machine or degraded over time  something only recently possible as the new notes have not been in circulation for very long. Finding new ways to capture finger marks is one issue, but the slippery surface of the new polymer notes can also have an effect on the durability of a print, according to research conducted at Abertay University earlier this year. While prints on surfaces such as paper or metal remain stable over time, the project led by Abertays forensics team found that a thin layer of material from fingerprints on some surfaces can actually move after they have been deposited, migrating away from the original mark. The study found that, over a period of up to two months, material around four millionths of a millimetre thick will spread away from deposited fingerprint ridges, depending on the host surface. While the discovery has the potential to help determine how long a print has been at a scene, the movement can cause the clarity of the developed fingerprint to be reduced, or in some cases obliterated. The findings were part of a project by Abertay research assistant Krastio Popov and were published in Forensic Science International. Dr Ben Jones, head of the Division of Scien