Practices changed after teenager killed by boxer on bail

A force has adopted “more robust” procedures in handling breach of bail conditions after being censured for a “fundamentally flawed” system in the case of a teenager killed as a result of a violent attack by a professional boxer. 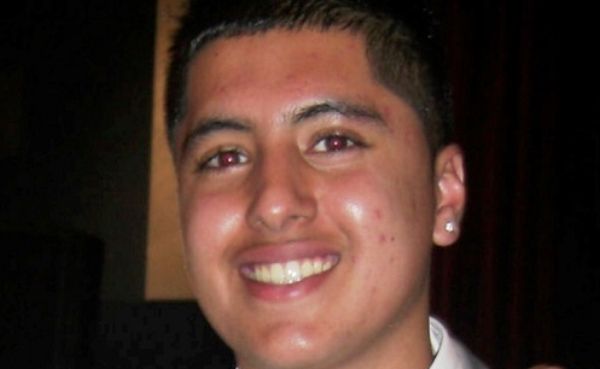 A force has adopted “more robust” procedures in handling breach of bail conditions after being censured for a “fundamentally flawed” system in the case of a teenager killed as a result of a violent attack by a professional boxer. Derbyshire Constabulary immediately reviewed its bail practices following the death of teenage student Jagdip Randhawa. The Independent Police Complaints Commission (IPCC) said there were “serious failings” in the way officers dealt with the case of boxer Ty Mitchell. He breached his bail 24 times in the five months before he punched Mr Randhawa during a night out in Leeds on October 12, 2011. The 19-year-old fell and hit his head which caused a serious head injury. He died several days later in hospital. Mr Randhawas family described the mistakes made by police in the case as harrowing. His sister, Majinder, said: Its a total disgrace. They failed my brother. At the time of the assault Mitchell was on bail after being charged with committing a violent offence and was supposed to report regularly to St Mary`s Wharf police station. He was ordered to live and sleep at his Derby home address and not associate with the co-accused. At the initial hearing where these bail conditions were set, the force made representation in “significantly strong terms” requesting Mitchell be remanded in custody. But the IPCC report published this week heavily criticised the way in which the force handled Mitchell`s bail appointments. It revealed that the boxer flouted the terms by fighting in matches and going on nights out with his friends. It was during a night out in Leeds in October 2011 that he struck Mr Randhawa during an altercation in the street at 3.30am. Mitchell should have been 75 miles away in Derby. At the time of the assault, Mitchell had breached the bail conditions on several occasions without adequate action being taken by Derbyshire Constabulary, the report said. In May 2013, Mr Randhawa`s sister, Majinder, contacted the force with concerns over its failure to appropriately deal with Mitchell, and a senior officer at the force was asked to review and respond. The report said Ms Randhawa was very critical of Derbyshire Constabulary and posed a number of significant questions with regards to individual responsibility and force failings. Unbeknown to Ms Randhawa, the matter was not recorded as a complaint. The internal police review concluded that no individual was responsible for failing to act appropriately and concluded the failing was procedural. In June 2014, Ms Randhawa contacted the Professional Standards Department (PSD) at the force and requested an update. She was told that the issues had not been recorded as a complaint and she went to the IPCC. The subsequent investigation identified a number of other bail breaches by Mr Mitchell preceding his assault on Mr Randhawa and also that the force had failed to take any proactive action in all instances. Deputy Chief Constable of Derbyshire Constabulary, Gary Knighton, said the force accepts the IPCC`s recommendations and had already changed its procedures. He said: “The IPCC report recognises that, following the death of Mr Randhawa, we immediately reviewed the way that the force handled breaches of bail conditions where an individual is required to report to a police station. “The force now has a more robust system in place to deal with a suspect who has failed to comply with their bail conditions. If someone breaches their bail, an officer is allocated to take action and deal with the breach.” In July 2012, Mitchell was given a seven-year sentence after being convicted of the manslaughter of Mr Randhawa.