Up to seventy per cent of sex offenders given polygraph tests end up providing information that would otherwise have been kept to themselves, government ministers have been told. 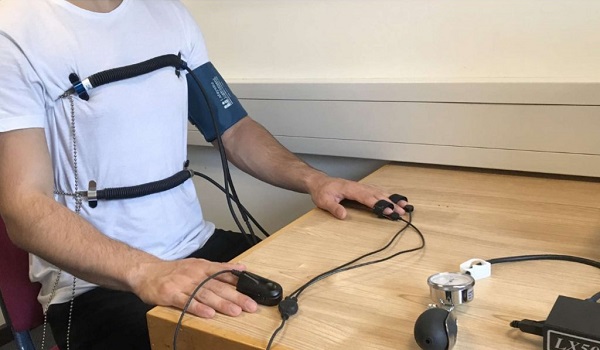 The figures emerged during a debate in the House of Commons on the Counter-Terrorism and Sentencing Bill, which will introduce mandatory polygraph tests for serious terrorist offenders. Such tests are currently only given to sex offenders on licence.

Conservative MP Bob Neill, chair of the Justice Select Committee, expressed concern about the risk of “mission creep” if the use of polygraphs, more commonly known as lie detectors, is allowed to go ahead.

“The Law Society make the point that the suggestion of the use of polygraphs in some of these circumstances is more to persuade people, almost psychologically is the phrase they use in their briefing, against breaching the orders,” he said.

“Well that may be valuable in itself but we ought to be wary of the limits of where polygraphs can be useful. There are mixed views among academic, scientific and legal circles about the reliability of polygraph.

“I don’t have a fixed view on it myself but I think we should approach their use with caution and proportionality.

“Sometimes, for the best of reasons, there can be a sort of mission creep with these sort of things, which could then lead to a broader spread of their use in the criminal justice system, which I think would be a matter of concern.”

Justice Minister Chris Philp responded: “We do understand and accept they have limits, and that is why a negative polygraph result on its own can never result in a recall to prison, it can never result in licence conditions being deemed to have been broken.

“All a negative polygraph result could do is prompt further investigation by other means, which I hope provides the member with the reassurance he’s seeking.”

He added: “Five thousand such tests have been used in connection with sex offenders in England and Wales. In between 60 per cent and 70 per cent of cases, the use of a polygraph elicits information that would ​not otherwise have come out.

“That is either because the offender volunteers it—they know a polygraph is going to be used and they volunteer information that they would not otherwise have provided—or because it prompts a negative reading and a follow-up investigation can occur.

I emphasise that nobody is recalled to prison as a result of a negative polygraph test, and nor are they deemed to have breached their licence conditions. It simply prompts further investigation, and while not always accurate, such tests have been found to be useful in prompting that disclosure or further investigation.”