Policing warns Government over `7.2 per cent cut to counter-terror funding`

Four of the most senior police officers have spelt out the financial damage austerity measures are set to make on the fight against terrorism, MPs have been told. 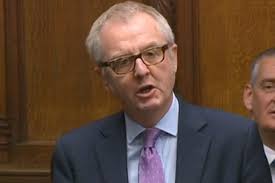 Four of the most senior police officers have spelt out the financial damage austerity measures are set to make on the fight against terrorism, MPs have been told. They have written to the Home Office accusing Theresa May`s government of planning a 7.2 per cent cut in the amount of cash to tackle the rising tide of extremist attacks on UK shores. The “unprecedented” move reportedly `signed off` by the National Police Chiefs` Council (NPCC) chair Sara Thornton, Metropolitan Police Service Commissioner Cressida Dick, National Crime Agency Director-General Lynne Owens and National Counter Terror Policy head Mark Rowley was revealed at Prime Minister`s Questions (PMQs) on Wednesday (June 28). The letter, which was sent in the wake of the recent terror attacks in London and Manchester, said: “Under present plans, the counter-terror policing and protective security grant will fall in cash terms by 7.2 per cent over the next two years.” Challenging the Prime Minister about it, Dudley North MP Ian Austin said: “Doesnt this show that her promise to protect police budgets is not being kept?” Mrs May said: “We have protected counter-terrorism policing, we`ve also put money into an uplift in armed policing and the commissioner of the Met has made the point that the Met are well-resourced and have a diversity of tools they can use in countering terrorism. It`s not just about the funding, it`s about the powers they need and that`s what we`re keen to ensure.” Speaking afterwards, the Labour MP added: “It is unprecedented for the country`s four most senior police officers to write to the government like this and it clearly shows that the Prime Minister`s promises to safeguard policing and counter terrorism budgets are not being kept.” Home Secretary Amber Rudd confirmed she had received the letter: “The issue that they are drawing attention to is, because of the events that we have seen over the past three months, they are under tremendous strain. “There are additional resources being deployed in order to work on the investigation in Manchester, on the ongoing investigations into some of the terror events. We recognise that and will be working with them to see how we can support them going forward.” A spokesperson for the Prime Minister said: “We stand by the figures in terms of what we`re doing to protect police funding since 2015  there`s no change in any of those figures.” Earlier this week, the NPCC added to the growing pressure on the Government to find additional money for policing by spelling out the increased threat from terrorism and social unrest that has been created by continued cuts. West Midlands Police Chief Constable Dave Thompson, the NPCC spokesperson for finance and resources, has also called on chief constables to continue to make the case for “realistic investments”  stressing there is now growing public awareness and support for the difficulties facing policing. Mr Thompson said a series of major incidents to hit the country in recent weeks has laid bare the strains faced by forces under financial pressure, raising the risk of a breakdown akin to that which hit the prison service in 2016. And he warned that much of the response to major incidents comes from core police budgets. The firearms commanders, casualty bureau, custody staff, body recovery teams and uniformed officers patrolling crowded spaces that are so central to preventing and responding to a terror attack are paid for by core police funding, he said. Over two thirds of the policing effort after the Westminster attack was not counter-terrorism funded. This figure will be much higher following the Manchester attack. Once inflation and cost pressures were accounted for there would be less money every year for forces on top of real-terms cuts of 18 per cent since 2010, Mr Thompson warned. The squeeze has left police and crime commissioners needing to increase local taxation to the maximum while many forces are using considerable reserves to maintain current staff numbers, he said.