Many major Conservative manifesto pledges on law and order have been dropped after not appearing in the Queens Speech on Wednesday (June 21). 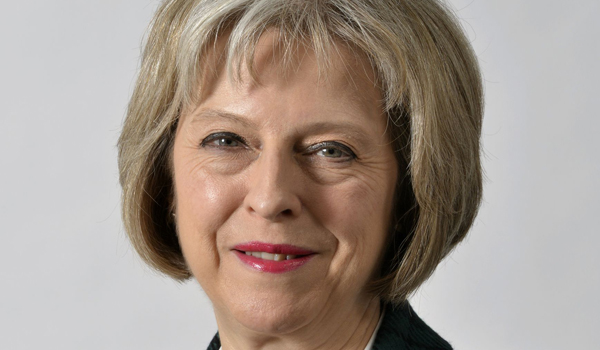 Many major Conservative manifesto pledges on law and order have been dropped after not appearing in the Queens Speech on Wednesday (June 21). Eight of the 27 bills announced by Her Majesty during the State Opening of Parliament related to Brexit  but the Tories policing promises were noticeably absent. No mention was made of the partys election pledges to extend direct entry to chief officer level or potential legislative changes to stop and search policy. Additional powers for police and crime commissioners were also missing, as were proposals to incorporate the Serious Fraud Office into the National Crime Agency, and to merge non-Home Office forces into a National Infrastructure Police. The Tory manifesto had also outlined plans to establish a new statutory anti-extremism commission, but this was watered down to a promise to review counter-terrorism laws. The Queen said: In the light of the terrorist attacks in Manchester and London, my governments counter-terrorism strategy will be reviewed to ensure that the police and security services have all the powers they need, and that the length of custodial sentences for terrorism-related offences are sufficient to keep the population safe. The Association of Police and Crime Commissioners (APCC) has said it will seek clarification of the missing proposals over the next few weeks. The speech also raised the possibility that the Government may invest more in policing. The Queen said ministers will strengthen the economy to generate money for the NHS, schools and other public services. Steve White, chair of the Police Federation of England and Wales, asked the Prime Minister to clarify what this proposal means. He said: There is, more than ever, an absolute need for immediate investment in policing to ensure public safety. Numbers matter and weve only seen them go one way in recent years. You dont immediately reap what you sow, which is why funding to increase resources is needed right now. One policy that did make it through was the plan to create a draft Domestic Violence and Abuse Bill. The draft Bill is intended to protect victims by establishing a dedicated Domestic Violence and Abuse Commissioner, who will raise awareness, monitor standards of response and hold the justice system to account. It will also ensure courts can hand down longer sentences in cases that involve children. This policy was welcomed by APCC chair Dame Vera Baird, who said she looked forward to working with the Government to develop it. However, speaking in her capacity as PCC for Northumbria, she said: I cant help but feel the Queens Speech in this area is very light and needs proper thought with a long term strategy to ensure proposals are effective and ensure victims remain at the heart of delivering real change. The Prime Minister has to get this right and I, along with others, stand ready to help shape the draft Domestic Violence and Abuse Bill to ensure the bill is fit for purpose. A separate Courts Bill will end direct cross-examination of domestic violence victims by their alleged perpetrators in family courts  closing a widely criticised loophole. It will also enable people charged with less serious crimes to plead guilty, accept convictions and pay fines online. The Government was also criticised for its failure to include prison reform in the speech. The Prisons and Courts Bill was introduced earlier this year in an attempt to address widespread problems with violence and drug use behind bars. However, the Bill had not successfully passed through Parliament when the snap election was called in April and the plans have not since resurfaced. Peter Clarke, HM Chief Inspector of Prisons, said he was very disappointed by the absence. The Prisons and Courts Reform Bill, introduced last year, enjoyed broad parliamentary support and had made real progress through parliament until it was lost when the general election was called, he said. This is a missed opportunity to forge ahead with pri