An explosion outside a police station is being treated as criminal damage and not terrorism, Swedish authorities have confirmed. 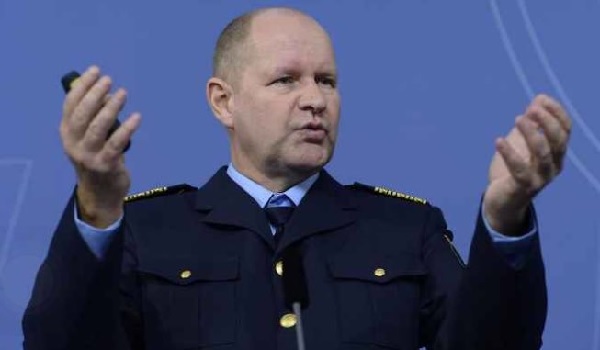 An explosion outside a police station is being treated as criminal damage and not terrorism, Swedish authorities have confirmed. The blast outside Helsingborg police station sparked a major security alert  just six months after a lorry was driven at pedestrians in Stockholm killing four people and injuring 15. No one has claimed responsibility for the explosion, which took place at around 5.30am on Wednesday morning (October 18). Detectives have not disclosed what caused the explosion. Pictures taken at the scene show smashed windows and significant damage caused to the entrance of Helsingborg police station, 30 kilometres north of Malmo. There were no injuries and nobody has been arrested. Senior officer Patric Heimbrand told a news conference: “It is fair to believe that this is a consequence of the good police work we do. “We work in heavy criminal environments and some of them could be irritated. But to those I`d say that we cannot be influenced.” Another senior officer, Dan Eliasson, described the explosion as an attack against society. “An attack on the police is not just an attack on society but an attack on everybodys security because they are the ones we have to protect. When such an event occurs, we are increasing our efforts even further and investing additional resources for this kind of crime. Our colleagues in Region South will get all the help needed to protect our employees and cope with this serious crime. No one will hesitate about the police`s intentions in this regard. Carina Persson, South Region police chief, added: This is a completely unacceptable attack. I am very grateful that no one was injured at the event. “During the night and in the morning, I have had contact with the Riksbank chief. I am absolutely confident that we will receive the support needed from the national level. We within the police stand united in the work against the serious crime and in the work of protecting our democracy.