Police forces are being urged to give rules and guidance to so-called paedophile hunters to prevent them becoming public heroes in the wake of a man found dead following his arrest. 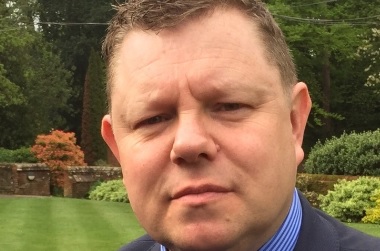 Police forces are being urged to give rules and guidance to so-called paedophile hunters to prevent them becoming public heroes in the wake of a man found dead following his arrest. The family of 43-year-old businessman David Baker blamed the hunters for acting too quickly and too fiercely without thinking of the repercussions after he was detained on suspicion of arranging to meet a child for sexual contact. Mr Baker was questioned by Hampshire Constabulary after the sting by the Southampton-based TRAP Community, and released under investigation. Four days later, on October 7, he killed himself, his family said. The National Police Chiefs Council (NPCC) has already cautioned groups against jeopardising operations and revealing identities of suspects  without ever being able to “safeguard child victims”. Earlier this year NPCC Lead for Child Protection Chief Constable Simon Bailey sounded a dire warning of the dangers of wrongly accusing someone in a very public way, going on to prophesy: The temptation to kill themselves may be just as great even if they are innocent; that is an appalling consequence to contemplate. Mr Baker drove to a car park in Portswood, Southampton, in the belief he was meeting a 14-year-old boy. But he was confronted by Steven Dure and a fellow paedophile-hunter in a sting operation. One member of his family, who wanted to remain anonymous, said she thought hunters acted too quickly and too fiercely without thinking of the repercussions. She said they were also putting the lives of family members, including young children and vulnerable adults, at risk, before any charges were brought. They shouldnt need to be public heroes, she added. [Police] should be working with them so they can give them their rules, tell them how their processes need to be, give them the guidance. John Apter, chairman of the Hampshire Police Federation, warned the groups should avoid overstepping the mark, adding: It would be devastating if police work was undermined. The law is already there, there are moral and legal boundaries that must not be crossed. We dont want to see a vigilante culture creeping in. An NSPCC spokesperson added: We believe that identifying offenders and investigating crimes is best left to the police. When members of the public take the law into their own hands it can run the risk of driving offenders underground, endanger on-going police work or result in innocent people being harassed  all of which may put more children at risk. Southampton Itchen MP Royston Smith said that while anyone who sees a crime being committed has a responsibility to report it, paedophile-hunters are going one step further. He added: Im slightly uncomfortable with people taking a vigilante-type route. Posting video online ahead of any court case is unacceptable. People are innocent until proven guilty. Hampshire police and crime commissioner Michael Lane added: The eyes and ears of the community are key in providing intelligence and I always encourage everyone to be alert to the environment around them. But it is important everyone with concerns should report them to the police. TRAP Community said its priority was to stop children being abused. It said it had since removed the videos from social media as a sign of respect to his family. But Mr Dure hit back at the comments, saying paedophile-hunters were the solution to the problem of child abuse. He added: Im out to save children and thats what I will continue to do. Im human  Ive got a conscience  but I didnt make him drive 20 miles to meet a child. Hampshire Constabulary said it referred the case of Mr Baker to the Independent Police Complaints Commissions (IPCC), but added it did not meet the threshold for an IPCC investigation. The force is now carrying out its own internal investigation. An inquest has been opened and adjourned into Mr Wickhams death.