A former officer who specialised in tackling violent crime has said more effort must be put into prevention than reaction to reduce the number of stabbings, as four fatalities pm New Years Eve underlined 2017 as a year of rising knife crime. 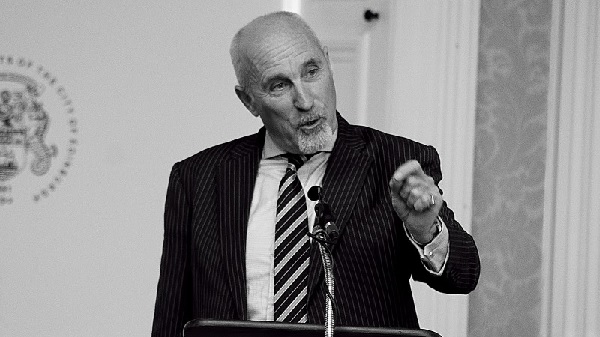 A former officer who specialised in tackling violent crime has said more effort must be put into prevention than reaction to reduce the number of stabbings, as four fatalities pm New Years Eve underlined 2017 as a year of rising knife crime. John Carnochan, who co-founded the Violence Reduction Unit in Scotland, criticised messages sent out by police officers on Twitter, and instead suggested using a more positive public health model approach. His comments follow stabbings in London on January 31, which resulted in the death of four young men within 24 hours, and a fifth in critical condition. And five people were stabbed at a Great Gatsby-themed New Years Eve party at a bar in Sheffield. Two men in their 20s are in a critical condition while three suffered superficial injuries. All we talk about is crime figures, knife crime, knife-enabled crime; well soon be onto baseball bat-enabled crime and leather boot-enabled crime. Its absurd, Mr Carnochan said. We need to talk about violence. These young men are violent on their own, in pairs, in groups, and in gangs. Theyll use a knife, theyll use a brick, theyll use whatever they have. In June 2017, London Mayor Sadiq Khan launched a £7 million knife crime strategy, but the incidents on New Years Eve meant the total number of fatal stabbings in the capital reached 80 in 2017 alone  the highest volume since 2009. Mr Carnochan said there is a limit to what the Metropolitan Police Service (MPS) can do to tackle the rising tide of knife crime, and it will not be able to arrest its way out of the situation. The same people who are profiled as carrying knives are also the ones who will be profiled as being the victims of knife crime, he added. These guys are carrying knives because they think everybody else is, and we have police officers tweeting pictures saying: heres a knife I took off the street tonight to make themselves feel good about it. All theyre doing is confirming for these young people what the other guys are carrying, and they think I better get myself one as well. He also highlighted a case in which Dr Gary Slutkin, founder of Cure Violence, was tasked with persuading young men in Uganda to wear protection during sexual intercourse to prevent the spread of AIDS. By simply changing the narrative that it was manly to use protection and everyone else was using it, the young men conformed. We need to find a way of saying real guys dont carry knives, Mr Carnochan said. We need to change the narrative. All we are doing right now is refuelling that negative narrative with these pictures and talking about it. Following the fatal stabbings on January 31, MPS Deputy Commissioner Sir Craig Mackey called on Londoners to pull together to tackle the knife crime issue. He added: “From community weapon sweeps, proactive operations that happen daily and engagement with schools, Met officers are working 24 hours a day, 365 days a year as part of our firm commitment to reducing knife crime amongst young people. “We need to find out why some young people think it is acceptable to carry knives, and this is where community organisations and local initiatives, charities, schools and educators, youth workers and families all have an important role to play in changing this mindset. “We can all do more to protect young people, and I would urge anybody who has information about those engaged in violent crime to speak to police. Your call could help save a life. In December last year, it was revealed the number of 10-17-year-olds cautioned or sentenced for knife possession offences had risen by 16 per cent in a year.