Police Scotland has been commended for keeping people safe, dealing sensitively with the challenges of new and emerging restrictions, guidance and legislation, and also delivering a service that respected freedoms and human rights. 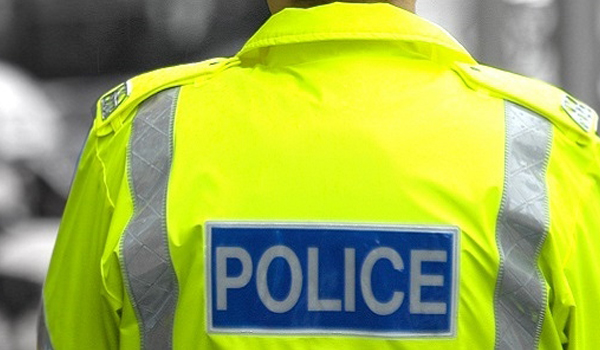 But in his first annual report as HM Chief Inspector of Constabulary in Scotland, Craig Naylor also noted that public sector organisations were still under strain with, as a consequence, policing “filling many of the gaps”.

In particular, he highlighted concerns over the health and wellbeing of police officers and staff as they continued to deal with the consequences of the pandemic, reduction in numbers of colleagues and changes in demand for their services.

Published today (June 30), the HM Inspectorate of Constabulary in Scotland (HMICS) annual report 2021/22 considered some of the challenges facing policing and reviewed the state of policing across Scotland.

Mr Naylor said the expectation that Police Scotland maintained an establishment of 17,234 officers had been subject of previous commentary by HMICS and instead he highlighted the requirement for a workforce model that was better suited to dealing with the challenges and threats of 2022 and beyond, rather than an arbitrary figure for police officers.

He said: “The development of strategic workforce plans is currently being inspected and it is anticipated this will provide a better understanding of the size and skills required to meet developing threats and current demand. This brings an opportunity for cultural change and consideration of diverse characteristics of the workforce.”

Police Scotland was also urged to use its understanding of demand for policing to inform decisions about recruitment and deployment of officers and staff, priorities and resources.

“Recognising the growing challenges of cybercrime, fraud, child sex abuse, increasing violent and sexual crime and being able to adapt the workforce in short, medium and longer term is critical to the effective delivery of services in future years,” added Mr Naylor.

“The pressure on policing continues to cause concern with rises in recorded instances of violent and sexual crimes and a downturn in areas where proactive policing is recorded.

“The rise in sexual crime being recorded may be an indication of growing confidence in Police Scotland to support victims, deal with offenders and obtain outcomes in the criminal justice process. This is to be welcomed but brings a demand to the specialist sexual offences capabilities within the organisation.”

The continued rise in the assessment of those with a sexual interest in children as described in the National Crime Agency strategic assessment was deeply concerning, said Mr Naylor. He suggested the Online Safety Bill might provide an opportunity to make it more difficult to access abuse images and hold businesses to account if they did not take action to reduce the abuse of children.

“The demand from non-crime matters is considerable and increasing, with over 38 per cent of calls to Police Scotland resulting in no incident being required to be recorded. The demands on policing are changing with considerable challenges around mental health and the lack of capacity to effectively manage the transition from a police response to a health treatment service,” said Mr Naylor.

The development in governance provided by the Scottish Police Authority (SPA) was welcomed and it was encouraged to continue to focus on areas where it could add most benefit and value, specifically in public confidence and ensuring that best value for money decisions were taken in respect of the budget.

“The current economic pressures will quickly impact on funding provided by the Scottish government, making for a challenging year ahead,” said Mr Naylor.

HMICS previously highlighted issues around recruitment, retention and support for underrepresented groups in its Training and Development report. These mirrored many of the comments from the Dame Elish Angiolini Review of complaint handling and the recent independent review by the Police Service of Northern Ireland of the Employment Tribunal judgment that upheld claims in favour of former police constable Rhona Malone.

Mr Naylor said public trust and confidence in policing and police officers were undermined by a number of high-profile cases during the year, most notably the murder of Sarah Everard by a serving officer, Wayne Couzens.

“The broader issues of tackling violence against women and girls, misogyny and inequalities within policing continue to be voiced and will remain firmly in my focus,” said Mr Naylor.

“An HMICS inspection of the service provided to victims of domestic abuse is underway and its first phase, which will be published later this year, looks at how the core service links into areas of investigation of both violent and sexual crime. An inspection of organisational culture is planned for later this year.”

Police Scotland’s chief constable has since provided a personal apology to Ms Malone for the “serious issues” highlighted in the Employment Tribunal judgment, including Police Scotland’s “poor response” when a dedicated officer raised legitimate concerns.

Deputy Chief Constable Fiona Taylor QPM said: “The chief constable has also underlined his personal commitment to leading change in policing in Scotland which drives equality and inclusion to improve the experiences of all women, including our own officers and staff.”

As HMICS moves to a new three-year scrutiny plan, Mr Naylor said there will be an expectation that areas for inspection will be reviewed in light of emergency trends, societal changes, public concern or emerging risk in policing. It will continue to consider the need for inspections and understand where it can add most value in improving policing for the benefit of Scottish communities.

Mr Naylor, who took over from Gill Imery QPM in April, also acknowledged the “commitment and professionalism” of police officers and staff, the SPA and partner agencies, especially other inspectorates in assisting with HMICS’ inspections.