Police officers in Scotland spoke to people about coronavirus rules more than 62,000 times up to early August, although the vast majority of cases did not require enforcement action to be taken.

Police Scotland Chief Constable Iain Livingstone said no further action was taken in 94 per cent of those “interactions” with members of the public.

The force’s response to Covid-19, known as Operation Talla, was discussed at a Scottish Police Authority (SPA) board meeting on Wednesday.

And a separate report to the SPA board noted that in the first quarter of 2020, Covid-19 had led to a £4.7 million cost increase for Police Scotland, with no compensating funding from the Scottish government.

Mr Livingstone said: “While recognising the need for flexibility, our overall policing style and tone remains consistent: engaging with people in our communities and adopting a common sense approach.

“In the period from the introduction of legislation until Wednesday August 5, police officers across Scotland engaged with individuals in respect of the new legislation on more than 62,000 occasions.

“In approximately 94 per cent of these interactions, no enforcement action was required.”

Discussing his report with the board, the chief constable said Police Scotland officers and staff would continue to “discharge their duties with courtesy and common sense”.

The report showed that incident volume and reported crime was beginning to return to “traditional levels” as the country exited lockdown.

Mr Livingstone said: “It is encouraging that public confidence in policing would appear to have increased during this extraordinary period and we will always value the bond of trust that we have with our fellow citizens.

“We’ve had a very visible presence in communities and a remarkable level of engagement between officers and the public, but it is important to reflect that only a very small proportion of these very high number of interactions have resulted in enforcement action taken.

“I do firmly believe that the increased contact between the public and our fellow citizens has been a contributory factor in improving the levels of public confidence.”

SPA interim chair David Crichton also warned of the “significant financial challenges” facing the service in addressing a growing structural deficit with the police budget in the year ahead, which is it likely to reach more than £50 million.

He acknowledged that there were “no easy means of reducing the deficit over the next two to three years and in fact it seems likely to increase”.

Mr Crichton told the meeting: “The Authority can seek to advise, influence and challenge on the budget, and will continue to do that including pressing for efficiencies and productivity improvements in the non-wage components of the budget.

“There are two main influences on the structural deficit, which for the next financial year (2021/2022) is likely to be a £50 million deficit. The first is the budget settlement received from Scottish government. The other is the number of police officers and staff, given the share of revenue budget which is made up by salaries.

“The Authority does not control either of those. The budget is for Scottish government to allocate, based on its judgment of the competing needs across all public services. Officer numbers are a decision for the chief constable using his judgment on operational needs and best value.”

In his report to the board, Mr Crichton said the demand on public funds in the wake of Covid-19 was “understandably severe and growing, and we cannot assume that the additional resources for policing found in recent spending reviews will be available this time round”.

Mr Livingstone told the meeting that policing faced “monumental financial challenges” against a high level of political and public expectation and demand, and significant operational pressures in the short term. 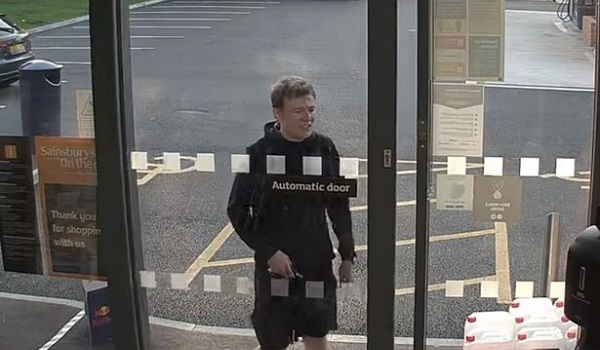