The recruitment of 20,000 new police officers will begin “within weeks” in a move seen by police leaders as opening opportunities to increase diversity within policing.

The huge task of recruiting so many officers will begin with a campaign starting in September led by the Home Office.

On Friday (July 26), Prime Minister Boris Johnson also said there is to be a new national Policing Board that will hold the police to account for meeting the recruitment target and drive the national response to the most pressing issues that affect communities.

It will be chaired by Home Secretary Priti Patel and include police leaders.

The Prime Minister also announced his intention to roll out a pilot project making it easier for officers to use stop and search powers.

Mr Johnson said: “As I said on the steps of Downing Street this week, my job as Prime Minister is to make our streets safer.

“People want to see more officers in their neighbourhoods, protecting the public and cutting crime.

“I promised 20,000 extra officers and that recruitment will now start in earnest.”

The National Police Chiefs’ Council said the move is an “incredible opportunity” to make a difference to the makeup of the workforce.

The service has been criticised for its slow progress to increasing diversity but this has been hampered by recruitment freezes in almost all forces and the loss of more than 20,000 officers and 15,000 police staff since 2010.

However, some forces are concerned they will no longer have sufficient accommodation for such an increase, having dramatically reduced their estate to cope with budget cuts, and they will also need additional staff and facilities to train the new recruits and manage the campaign.

The additional cost of the recruitment drive could be as much as 15 per cent above the £1.1 billion Mr Johnson promised to fund the pledge during his election campaign.

And when releasing his annual State of Policing report on July 4, the same day as Mr Johnson made the pledge, Her Majesty’s Chief Inspector of Constabulary Sir Thomas Winsor warned that it was equally important to see productivity gains as it is additional officers, as they will take 18 months to two years to be trained and effective.

He also warned that the cost of recruiting the 20,000 officers would rapidly grow in subsequent years as the new recruits advanced up the pay scales.

The Prime Minister wants the recruitment completed over the next three years.

Home Secretary Priti Patel said: “Officers up and down the country put themselves in danger every day to keep us safe, they deserve our support.

“The rise we’ve seen in serious violence is deeply worrying. An additional 20,000 officers sends a clear message that we are committed to giving police the resources they need to tackle the scourge of crime.

“This is the start of a new relationship between the Government and the police working even more closely together to protect the public.”

In April, seven forces began a trial of relaxed conditions on the use of Section 60 of the Criminal Justice and Public Order Act.

The announcement on Friday confirms the Prime Minister intends to fully support the police use of stop and search powers to tackle and disrupt knife crime.

NPCC Chair Martin Hewitt QPM said: “This substantial growth in police officers will ease the pressure on our people and help us to reduce crime and improve outcomes for victims. It is also an incredible opportunity to accelerate our plans to increase diversity in policing.

“We will work closely with the College of Policing and the Government on the detail and practical implications of such a significant recruitment drive.

“Crime is rising and its complexity is growing. We face many challenges and opportunities. A policing board bringing together government and the policing system will enable us work together to prioritise operational focus and investment in order to have the maximum impact in keeping the public safe.”

Police and crime commissioners (PCCs) welcomed the new investment but Labour PCCs said the announcement showed the Government had been wrong to cut numbers over the last nine years.

Katy Bourne, the new chair of the APCC, said: “These extra officers will help our police forces to cut crime and provide better outcomes for victims. We know that this is what the public want.

“I look forward to working with the Home Secretary, ministers, chief constables and other partners, as part of the new national Policing Board, to ensure the successful recruitment of these new officers in our communities.”

Mark Burns-Williamson, the Labour PCC for West Yorkshire, said: “I, and I’m sure our communities, welcome this long overdue commitment to recruit 20,000 additional police officers nationally. However, there are many questions and details still required as to how this is going to be funded and practically delivered locally ensuring that resources are allocated where they are most needed throughout England and Wales.

“For far too long, in my view, the government have not given policing the priority that it should have had since 2010. This announcement is in effect a tacit admittance that the 20,000 officers nationally shouldn’t have been cut in the first place which I have been saying and highlighting since I was first elected as West Yorkshire PCC in 2012.

“The Government now need to release further details to allow for us to make provisions locally for the uplift and to be clear that these figures don’t include the extra recruitment I have already budgeted for this year through the raising of the local police council tax.

“Years of cuts and recruiting so many officers over a short period of time will put a real strain on our training staff and facilities. I will be working very closely with the chief constable to seek the answers and details required and to help put appropriate plans in place to mitigate the potential impact as well as ensuring these planned new officers reach our communities with the proper support, training and equipment that will be needed.” 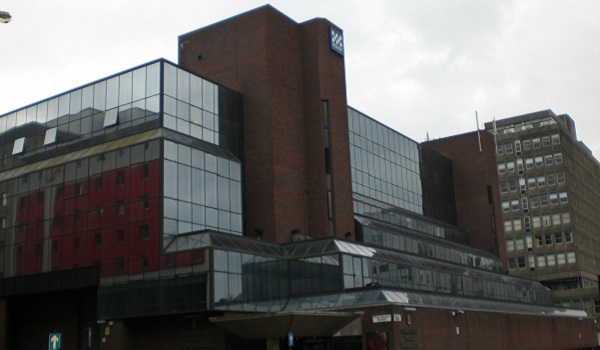 Police Scotland has earned £28 million from property sales since 2013