Pointers from the grave

Mediums constantly offer information on major investigations and have been a major distraction on high-profile events in the past. Police Professional examines whether they are ever able to prove their value. 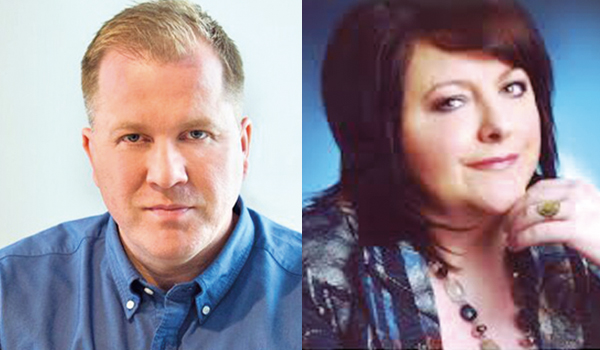 Mediums constantly offer information on major investigations and have been a major distraction on high-profile events in the past. Police Professional examines whether they are ever able to prove their value. Over the coming few weeks, dozens of men and women across the country will come together at various locations to learn how to hone their special gifts to assist with police investigations into missing persons, murders and other crimes. These men and women choose to identify themselves as psychic detectives and their gift is the ability to communicate with the dead. The promotional material for a two-day seminar early next month being run by Tony Stockwell, a regular on television shows such as The Psychic Detective and Psychic Private Eyes, notes that the role of a psychic detective is to bring information that may not be gleaned from the usual process of a traditional investigation. In addition to providing assistance to the police, attendees will be told that they will also provide comfort to the families of victims. The message for the seminar is that looking at unsolved cases or at events with unknown elements a psychic can often reveal extra layers of information, new leads and a new insight, with the hope of bringing clarity, closure and healing. Organisers say psychic detection is not just about crimes and criminal situations; it is often just as much about revealing new joyous layers of information to your usual psychic and mediumistic work. A few weeks after the Stockwell event, another high-profile figure in the psychic world, Angela McGhee, will tour Ireland to promote her new book, Crime Scene Psychic. The tour will finish with a psychic detective workshop, giving those looking to work in the field an opportunity to gain insight into the real-life psychic detective, exploring the role, the level of energies, the responsibility, the true perceptive and the sensory tools required and used in the combination of hi-tech police work and the paranormal powers of a psychic. The standard answer to the question of whether the police use psychics to assist in their investigations is invariably no, but every major investigation, especially those involving missing persons, attracts psychics, who approach the police directly, or meet members of the family who then ask officers to follow-up on information they have received. In the case of the inquiry into the disappearance of Madeline McCann, Portuguese police said they received enough tip-offs from psychics to fill two dossiers. We cant put these messages in the bin, said Chief Inspector Olegario Sousa. We must check them all in case it might be from the kidnapper. A factsheet issued by the UK Missing Persons Bureau covers the issue in detail: Missing person cases often attract the interest of psychics or clairvoyants. Although these individuals may genuinely wish to help, hearing their dreams and visions can cause distress and can either make you lose hope or give you an unrealistic sense of hope. In 2015, the College of Policing issued draft guidance about dealing with missing persons cases, which suggested that while such information should not be allowed to distract attention from the main investigation, it should not be dismissed out of hand but rather be evaluated within the context of the case. The persons methods should be asked for, including the circumstances in which they received the information and any accredited successes, the guidance states. Such accredited successes are hard to find. When the hunt for the Yorkshire Ripper was at its height in 1979, the Sunday People newspaper asked Doris Stokes, at the time Britains most famous psychic, to see if she could identify the killer. The person the police should be looking for, she suggested, was called Johnny or Ronnie, his surname began with an M, he came from Wearside or Tyneside and he was clean-shaven with a slight bald spot. A Dutch clairvoyant informed the inquiry team that the Ripper was a washing-mac