Isotopes could help identify where drugs began their journey to the UK, of particular concern when the threat from new sources of opiates looms large at the borders. 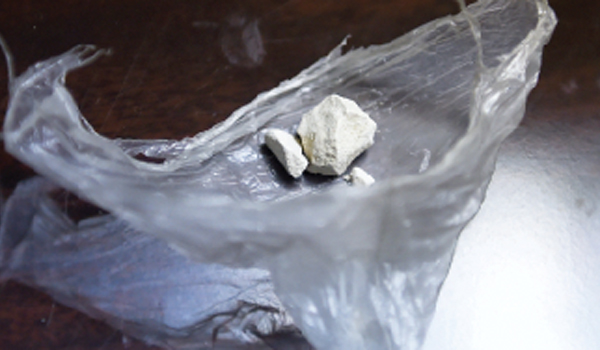 When Mohammed Mazhar arrived at Heathrow airport earlier this year off a flight from Pakistan, it did not take Border Force officers long to discover the hidden compartment in his suitcase, which he had filled with high-quality heroin. More drugs were found in the specially hollowed-out wooden frame that Mazhar was using to carry his luggage. More than nine kilos of heroin were recovered with an estimated street value of £1.2 million. At Isleworth Crown Court last month, Mazhar was sentenced to six years imprisonment. In this particular case, the drugs were intercepted at the point of entry so their point of origin was clear but, had Mazhar managed to get the drugs into the country, they would have passed through the hands of dealers so rapidly that tracking them back to their original source would have been almost impossible. At present, the vast majority of the heroin imported into the UK is derived from Afghan opium. Pakistan is a major transit country as opiates are trafficked west, often en route to western Europe. However, understanding the origins of narcotics arriving in the UK could become more relevant due to shifts in the international drug market. Last month the National Crime Agency (NCA) announced that the Sinaloa cartel, a brutal Mexican drug gang often described as the largest and most powerful in the western hemisphere, had made a pact with a Romanian crime gang that has control over goods lorries, allowing the cartel to operate in a large scale in Britain for the first time. A spokeswoman for the NCA said: There were a limited number of historic serious organised crime operations which had links between Liverpool based organised crime groups (OCG) and Mexican cocaine suppliers. These drugs were transported via courier to varying European airports such as Frankfurt and Brussels before transiting on to the UK. A number of these couriers were intercepted at European airports with between four and five kilos of cocaine in their possession. The NCA believes the Sinaloa cartel has been drawn to the UK because of its lucrative market, where customers are prepared to pay large sums for cocaine. Although the Mexican gang is mostly strongly associated with the cocaine trade, last year the Drug Enforcement Administration (DEA) announced that the Sinaloa Cartel had taken control of the US heroin market by elbowing out traffickers of the Asian product. Forensic drugs analysts are able to identify a wide range of characteristics to help classify and compare different batches of the same drug, including physical appearance and packaging. At street level, samples of heroin and cocaine may also have a particular signature based on the agents or adulterants that the product has been cut with, and the relative concentrations of those substances. The manufacturing process itself can vary in terms of chemicals and apparatus used and the skills of the manufacturer, resulting in further characteristic differences in the chemical profile. However, these factors are not usually distinct enough to be valuable and are certainly not able to pinpoint the country from which a batch originated. In particular, distinguishing between South American heroin and Mexican heroin can be extremely difficult based on their chemical compositions alone. One more reliable way to obtain information about the history and even origin of a sample is to study the isotopes it contains. Isotopes are different forms of elements that are present in the environment in varying ratios and abundances in different parts of the world. Isotopes have often been used to trace unidentified human remains to a particular location or study the origin of food products. Now, in a new study, researchers at Florida International University have used strontium isotope ratio analysis to determine the provenance of illicit heroin samples. The strontium isotope composition of heroin can be affected by a number of factors, including the soil in which components are grown and groundwater in the area, which can result in region-speci