British Transport Police has led the way in incorporating evidence-based policing into day-to-day activities. Dr Barak Ariel told a recent University of Cambridge conference how the force was overcoming barriers to implementation. 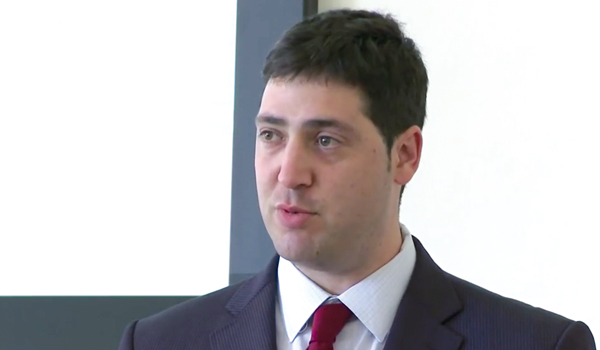 Increasingly, forces are realising the benefits of adopting an evidence-based approach to policing. Membership of the Society of Evidence-Based Policing (SEBP) is at an all-time high and more officers than ever before are conducting their own research into innovative new strategies. However, issues such as poor officer engagement in pilot programmes and maintaining treatment integrity can present a major hurdle to successful experiments. British Transport Police (BTP) is widely recognised as a leader in EBP in the UK. In 2011, the force conducted the first randomised control trial on hotspot policing in the country, and has since adapted its patrol patterns to reflect the studys findings. However, this change in policy faced a number of challenges. At the recent International Conference on EBP at the University of Cambridge, Dr Barak Ariel discussed how forces looking to turn their own research findings into policy could learn from BTPs experiences. The 2011 randomised control trial, known as Operation Beck, saw BTP adopt a directed patrol strategy at 68 London Underground stations with the highest rates of crime. Officers were instructed to patrol these platforms for 15 minutes, four times, in their shifts. These 15-minute windows were chosen because of a principle known as the Koper Curve, which suggests short patrols every few hours provide optimal deterrence. Compared with 57 control stations, the treatment sites saw a 21 per cent reduction in calls for service and a 14 per cent drop in crime. Offending was not being displaced elsewhere, as the targeted interventions led to a noticeable diffusion of benefits to other areas in the treatment stations. The potential benefits of expanding this technique into BTPs wider strategy were immediately apparent. Approximately five per cent of the UKs 3,000 stations generated half the crime dealt with by the force. Given the funding cuts already experienced by 2014, and the threat of further reductions, introducing a more efficient approach to policing than random patrols was an appealing prospect. Since the patrol policy was changed under the banner of Operation Trafalgar, BTP has seen crime rates drop significantly. The stations that have received the new deployment pattern recorded a 20 per cent reduction in crime. This reduction has not been limited to lower-level offending; by using the Cambridge Crime Harm Index  which measures the severity of offending by the days imprisonment recommended under sentencing guidelines  BTP has shown that harm levels fell by 14 per cent. However, convincing officers to adapt to the new patrol patterns proved a significant challenge. According to Dr Ariel, the force initially struggled to win hearts and minds over to Operation Trafalgar, as many officers thought the new policy disregarded their experience and intuition about where their time was best spent. In particular, he claims officers were reluctant to adopt a policing approach based on the principles of procedural justice. Initial plans to counter this problem considered training every police constable and police community support officer on the fundamentals of EBP and hotspot policing, but resourcing and time restrictions made this impossible. Instead, BTP elected to focus its efforts on winning over sergeants and inspectors. These ranks still represent a relatively large proportion of policing, and given differences in shift patterns, getting them all in one room together was a challenge. In response to this, BTP arranged approximately 50 training sessions across the country over the course of a year, focusing on issues such as EBPs benefits, the Koper Curve and why procedural justice is important. The majority of this was delivered face-to-face, although some online sessions were organised to enable flexibility. You need to get the officers involved, said Dr Ariel. If officers are not involved and do not understand why they are doing certain things, it is just not going to work. If sergeants and inspectors think something is