PIRC: Challenging year, but cautious optimism for months ahead

The Police Investigations and Review Commissioner (PIRC) remains determined to deliver the core priorities that are “central to improving policing in Scotland” despite the challenges posed by Covid-19. 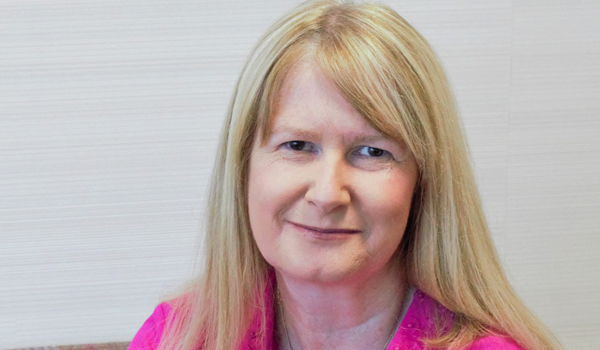 Four strategic priorities “underpin the PIRC’s aim to increase public confidence in policing” through independent scrutiny of their actions and how they handle complaints.

However, as the PIRC enters the final year of the 2019/22 Strategic Plan, Commissioner Michelle Macleod says its ability to meet these strategic priorities will be determined to a large extent by many of the “significant challenges” identified last year.

These include Dame Elish Angiolini’s final report on police complaints handling, investigations and misconduct issues, the ongoing public inquiry into the circumstances surrounding the death in custody of Sheku Bayoh in May 2015, and the planned Cop 26 UN environment summit in Glasgow in November.

The core strategic priorities for the year ahead, “supported by a number of key actions”, have been outlined in the PIRC’s recently published business plan for 2021/22. They are:

Ms Macleod, who began her five-year term as Commissioner in August 2019, said: “These priorities underpin our aim to increase public confidence in policing through independent scrutiny of their actions and how they handle complaints made by members of the public. To achieve these, many of the significant challenges identified in last year’s business plan remain.”

The report by Dame Elish, published in November 2020, made a series of wide-ranging recommendations, which include the provision of a suite of new powers and responsibilities for the PIRC.

“These are designed to strengthen independent investigation and oversight of complaints against the police,” said Ms Macleod in her foreword to the 2021/22 business plan. “Significantly, Dame Elish identified gaps in the system that she believes the PIRC is well placed to fill, pointing to the independence, expertise and experience of our staff as evidence that the organisation is ready and able to take on new responsibilities.

“Many of the recommendations are dependent on legislation and some will require more resources. We have produced an action plan to progress the various recommendations and are working collaboratively with key partners to consider how to take forward those recommendations that require joint working. Overall, we anticipate a phased approach to implementing some of the more radical and structural changes proposed.”

Ms Macleod said the public inquiry into the circumstances surrounding the death in custody of Mr Bayoh, “of which we are a core participant”, meant a dedicated team had to be established.

“A substantial amount of work has gone into gathering material and information and to date we are compliant with all requests made from the Inquiry team,” she added.

The is also an “ongoing upward trend” in the number of referrals from the Crown Office and Procurator Fiscal Service (COPFS) and Police Scotland, which while “further evidence of the confidence in the role and work of the PIRC”, has added to an increase in the general workload, said Ms Macleod.

This is in addition to the impact of Covid-19, which has resulted in new restrictions and safety considerations that, in turn, has meant the introduction of revised working practices, said Ms Macleod.

“The past year has proved to be the most challenging the organisation has ever experienced due to the Covid-19 pandemic, which has impacted hugely on all our lives,” she said.

“The professionalism, commitment and flexibility of everyone in ensuring that we have continued, almost seamlessly, to deal with day-to-day business, often with the combined pressures of caring for others and home schooling, is highly commendable.

“This is typified by an attendance rate of more than 98 per cent. We have continued to provide a vital service, that is central to improving policing in Scotland.”

In 2019/20, the PIRC dealt with 76 investigations which increased to 78 in 2020/21. Notably, this included a substantial rise in death investigations, which are more resource-intensive and often more protracted, said Ms Macleod.

“Despite this, and taking into account the impact of Covid-19 and staffing and resource issues, we still managed to complete 78 per cent of our cases within three months,” she added. “This has been achieved by further streamlining the way in which we carry out our investigations. A good example of this was our timeous, professional and thorough investigation of  a fatal police shooting of a 28-year-old man in Glasgow in June 2020, the first time we have dealt with such an incident.

“For our Review Team, while there was a slight drop in the number of cases completed, many of them took longer to conclude because of the complexity and increase in the average number of heads of complaint in each case. Overall, 270 requests for CHRs were received in 2020/21, down by nine compared with the previous year.

“There were, however, other extenuating factors that impacted on the work of the review team during this year. When we had to close our offices due to the pandemic, there were a number of the Review team who did not have immediate access to a laptop and were limited to working on hard copy files that were in their possession at that time. It also took some time to implement a system whereby files could be transferred by Police Scotland electronically. Due to the impact of Covid-19, our recruitment of more Review staff, to give us a greater capacity, took longer than expected. However, from March 2021 these staff are now fully on board.

“It is of note that although we have some way to go to achieve the KPI, the average timescales for completing a CHR has reduced by 27 per cent from 8.7 months to 6.3 months, indicating a positive direction of travel.”

Ms Macleod said its focus in the past year has been to place “more emphasis on learning for the police to drive improvements, in addition to highlighting procedural and administrative issues associated with complaint handling”.

“This collaborative approach with Police Scotland has contributed towards an overall improvement in police complaint handling, resulting in 71 per cent (an increase of nine per cent) of CHRs where the complaint was reasonably handled,” she said.

The Commissioner added: “Looking forward, there is cautious optimism that we can begin to emerge from the pandemic and return to some kind of ‘normality’ by the second half of the year.

“Our Covid Working Group has already carried out a substantial amount of work in preparing for our eventual return to the office and this work remains ongoing.”

“Like many other organisations, the pandemic had an immediate impact on how we conducted our daily business. However, our ‘Business Continuity’ planning quickly took effect and within the first few weeks of the initial ‘lockdown’, our staff quickly adapted to new ways of working, primarily from home.

“We will continue to ensure that we provide best value with our resources and support the public sector, as we prepare to emerge from the current health crisis.

“Robust governance processes ensure that we continue to maintain progress in achieving our priorities.”