The first person to use unexplained wealth orders to seize the assets of the wife of a man convicted of embezzling more than £2 billion has been recognised with a prestigious national award.

Nicola Bartlett, a financial investigator with the National Crime Agency’s (NCA) Civil Recovery and Tax Operations division, was the first person to use the new powers under the Criminal Finances Act 2017 and is the winner of the individual category of the 14th annual Keith Hughes Awards.

Ms Bartlett was instrumental in bringing a prosecution against Zamira Hajiyeva, a UK resident originally from Azerbaijan. Her husband, Jahangir Hajiyev, chairman of the state-owned International Bank of Azerbaijan, was convicted in 2016 of embezzlement of up to £2.2 billion of public funds.

Ms Hajiyeva had amassed assets valued at £30 million, including a £15 million home near Harrods in central London, a Berkshire golf course and jewellery worth £1.5 million, all of which were frozen by the investigative team.

The inquiry was incredibly complex, multi-jurisdictional and involved uncovering many layers of opaque international company and trust structures. Ms Bartlett traced a complicated pattern of money laundering from Azerbaijan through the British Virgin Islands and into the UK and she was able to rebut technical points made during the court case due to her in-depth understanding of the transactions and company structures. Innovative use of open source material also helped to ensure the prosecution was successful.

The Keith Hughes Awards, presented on Friday at Leicester Tigers stadium, recognise the unsung heroes who bring serious criminals to justice through their financial investigations. Sponsored by Altia-ABM, they reward the achievements of individuals and teams who have made outstanding contributions to prosecuting fraud.

They were established in memory of Detective Constable Keith Hughes, an outstanding financial investigator with the former National Crime Squad, who died in July 2003.

The individual runner-up was Nick Cotton of Bristol City Council Trading Standards who successfully prosecuted Tyler Parton, the head of a gang of bogus charity collectors.

The gang had amassed £300,000 by tricking the public into donating money to a series of ‘cancer charities’. The fraud was perpetrated between 2012 and 2017 in various locations, with collectors operating on the streets and pretending to be selling a periodical. Mr Cotton worked tirelessly to expose the fraud and to enable the successful prosecution and imprisonment of the perpetrator.

This year the team award was won by a police force responsible for the UK’s biggest modern slavery prosecution. The gang trafficked more than 400 vulnerable people to the UK, causing immense suffering and fear and generating £2 million that they spent on a lavish lifestyle, before being caught and sentenced.

The eight so far convicted were sentenced to a total of 55 years in prison after a judge deemed the suffering of the victims to be extreme – 400 vulnerable individuals were brought to the UK with a promise of employment, only to be intimidated, threatened and forced to live in squalid conditions and work for a pittance.

The victims were also made to apply for several kinds of social security benefit, all of which was confiscated by the gang. The investigators undertook a painstaking analysis of more than 400 bank accounts and compiled 172 victim profiles, with the resulting evidence as the basis for the successful prosecutions.

Runner-up in the team award was HM Revenue and Customs’ Fraud Investigation Service and Risk and Intelligence Service Team, which enabled the dismantling of an international organised crime gang laundering £1 million a week.

As part of the operation, 13 individuals were arrested and 27 search warrants executed in England and Northern Ireland. The teams in the UK also worked closely with the authorities in Poland. Along with huge sums of money in cash that were discovered in the locations searched (totalling £1.2 million), several luxury vehicles were seized, including an Aston Martin DB11, a Bentley Bentayga and a Range Rover. The financial investigation team showed amazing tenacity and perseverance to compile all the information required to demonstrate the involvement of these individuals.

This year an additional award was presented by Altia-ABM to Alison Moore, formerly of the Home Office criminal finance team, for outstanding service in the fields of financial investigation and asset denial.

Ms Moore has taken a leading role in establishing the legislation that law enforcement agencies have come to rely on – the enforcement powers in the Serious Crime Act 2015 and the development of asset freezing orders and unexplained wealth orders. She has always been the go-to person in the Home Office for anything relating to asset recovery and has made a huge contribution in terms of convincing ministers to take action and devising the legislation to best meet the needs of the enforcement community.

Ian Watson, chief executive officer of Altia-ABM, said: “We are delighted to continue to sponsor these awards and I congratulate the winners on their achievement. The work of financial investigators makes a huge difference in our communities. There is a particular satisfaction in not only putting criminals behind bars but also recovering their assets and returning them to the public purse. The day-to-day work of financial investigators is not often celebrated, but society benefits enormously from the professionalism, tenacity and acumen of these investigators.” 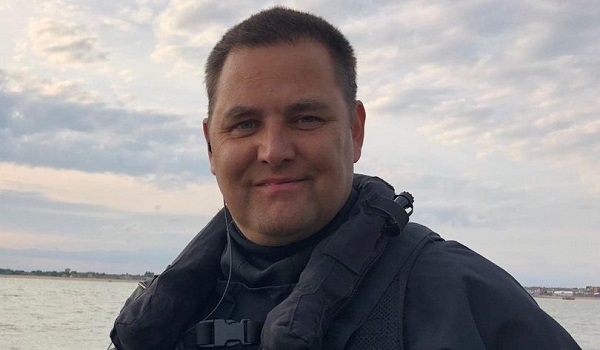 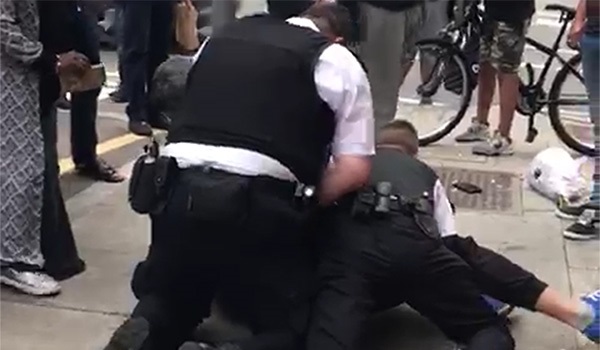