PCSO with `schoolgirl fetish` jailed for sexual offences against a child

A police community support officer (PCSO) with a fetish for the school girl look has been sent to prison after having sex with a 15-year-old girl on a number of occasions. 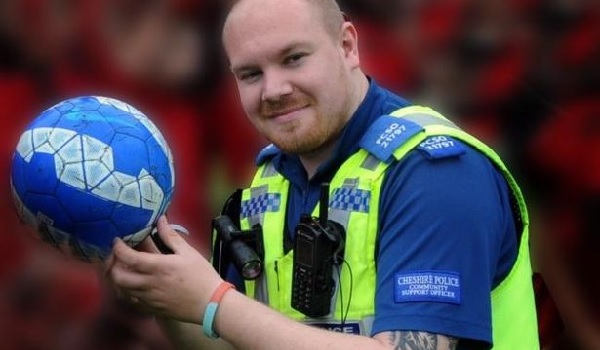 A police community support officer (PCSO) with a fetish for the school girl look has been sent to prison after having sex with a 15-year-old girl on a number of occasions. Joshua Paterson, 27, befriended his victim on social media before he joined Cheshire Constabulary, Chester Crown Court heard. He picked her up from school on a couple of occasions when he was 22, and even took her to a party where he had sex with her. Patersons victim said she has nightmares every night, still suffers from panic attacks, and is afraid to leave her flat four years after the offences took place. Paterson pleaded guilty to eight counts of sexual activity with a child and one of sexual assault. He was sentenced to four years and eight months in prison. Prosecuting, Simon Parry said: Within days of first contacting her he had arranged to pick her up and take her to a park. On that first meeting he placed his hands down her pants. On another occasion she travelled to his home in Winsford and stopped there for two nights  on both occasions they had sex. “There are clear indications of a sexual fetish for the school girl look, Mr Parry added. He asked her to wear long over-the-knee socks, shorts and a top, indicating he had a liking for the schoolgirl look.” Patersons mobile phone was seized, which revealed a number of exchanges between him and the girl, including one sent from his victim saying: you really messed me up. He replied: Dont be so over dramatic, I work for the police now, this allegation could damage my career. Representing Paterson, Patrick Williamson said: Throughout his young life Paterson became somewhat isolated. He describes being bullied at school and he clearly found it difficult to engage with members of the opposite sex. “It`s important to note that he`s not a person who`s inherently attracted to young teenage girls.” Judge Patrick Thompson said: “You would pick the victim up from school and it was quite clear that you knew she was under age. It`s very serious because of the effect it`s had on her. “After you fell out your victim began to suffer panic attacks. This has had an impact on her and her ability to form relationships. That`s why it`s illegal to have sex with children. “Clearly you have made attempts to put all this behind you and get yourself a future in the police, which has now gone for good.”