Two men who were convicted of killing an off-duty police officer with a piledriver punch are being allowed home visits just two years into their sentences. 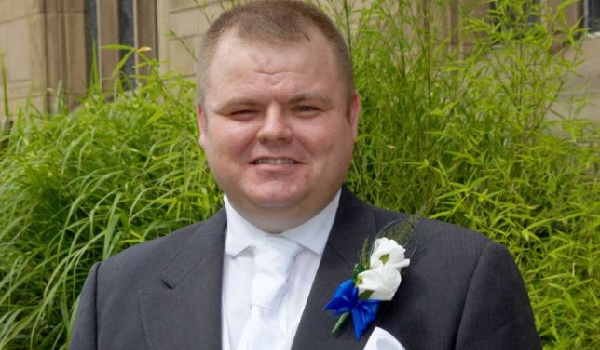 Two men who were convicted of killing an off-duty police officer with a piledriver punch are being allowed home visits just two years into their sentences. Police Constable Neil Doyle, 36, died after he was attacked by Andrew Taylor and Timmy Donovan on a Christmas night out with colleagues in Liverpool city centre. Taylor was sentenced to seven years and six months and Donovan was sent to prison for six years and ten months after they were both found guilty of manslaughter by joint enterprise. Neither Donovan nor Taylor would admit to throwing the fatal punch, which ruptured PC Doyles artery and led to bleeding on the brain. PC Doyles wife, Sarah  who married him less than six months before his death  says she is living more of a sentence that her late husbands killers. She received a letter from the Probation Service informing her that Taylor is about to begin escorted visits from prison and Donovan is currently having unescorted visits. Mrs Doyle said: This coming December will be just three years since Neil was attacked. Donovan is currently on unescorted home visits, and Taylor is just about to start escorted visits – its not even three years it happened, and theyre already on their way out. She added: Things are still really, really tough. Life has completely changed, Im still undergoing trauma counselling. I still havent returned to work full time, its completely changed my life and turned everything on its head. The Ministry of Justice said it was unable to comment on individual cases, but in June a spokesperson said: All offenders must meet strict criteria and pass a full risk assessment before being considered for release on temporary licence (ROTL). ROTL is considered for offenders towards the end of their sentence, taking into account their individual resettlement needs. It helps build and maintain family ties, which is proven to help re-offending. Those who fail to comply with the conditions of a ROTL can be returned to closed prisons where they may have to serve additional time.