Two former officers have been given steep prison sentences for plotting to steal drugs and accessing classified information. 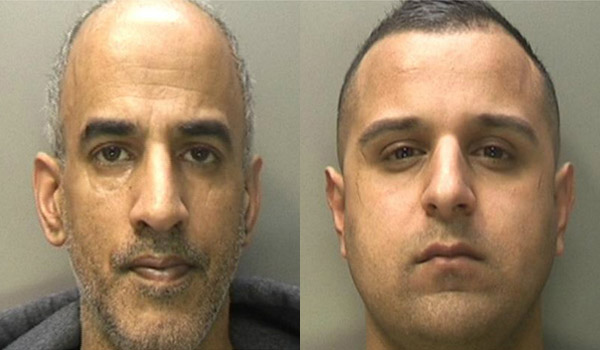 Two former officers have been given steep prison sentences for plotting to steal drugs and accessing classified information. Police Constables Wahid Husman and Tahsib Majid were arrested in Birmingham in February following an investigation by West Midlands Polices (WMP) counter corruption unit. On Monday (October 2), the pair were jailed for 31 years between them after pleading guilty to crimes including drug offences and misconduct in a public office. Both men were sacked following their convictions. Husman and Majid worked the same beat in Perry Barr and abused their positions to help criminal associates conspire to steal Class A and B drugs. Husman, 47, began illegally accessing WMPs computer systems in 2011 to provide information to his co-conspirators while Majid, 35, also committed a Data Protection offence. A surveillance operation captured the pair discussing drug dealing while on duty and forming plans to steal a shipment of drugs destined for Birmingham. Following his arrest, officers discovered £7,000 in cash and a quantity of heroin at Husmans home. Husman was jailed for 16 years after being found guilty of drug offences, conspiracy to steal and misconduct in public office. Majid was found guilty of misconduct in public office, conspiracy to possess drugs with intent to supply and unlawful disclosure of personal data and was sentenced to 15 years. Another five men  Imran Rehman, Asam Qayum, Shazad Mushtaq, Akeem Rasab and Imaan Haidri  were also jailed in connection with the investigation. Deputy Chief Constable Louisa Rolfe said: Todays sentences reflect our determination to weed out any corruption within the force. This is an exceptional case and, thankfully, such serious criminal corruption is very rare. These officers brazenly abused their positions and carried out their offending while on duty. They let down their colleagues, friends and families but, fundamentally, the communities served by West Midlands Police.