PCCs reject call to disband and ask for more responsibility

Police and crime commissioners (PCCs) have argued for their roles continued existence after a report suggested reforms to probation and youth offending programmes that would render them redundant. 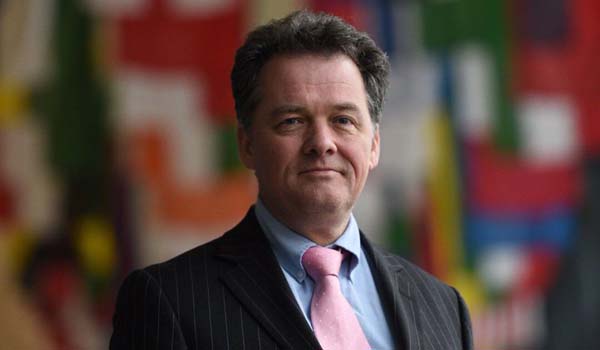 Police and crime commissioners (PCCs) have argued for their roles continued existence after a report suggested reforms to probation and youth offending programmes that would render them redundant. Earlier this month the think-tank Reform argued that commissioning of sectors including healthcare and offender management would benefit from more local devolution. However, it claimed that PCCs and other commissioners cannot provide a coherent enough service and instead called for responsibility to go to combined or unitary authorities. David Lloyd, chair of the Association of PCCs, said PCCs have increased policings transparency and accountability and are ideally placed to do the same for criminal justice and community safety. He told Police Professional: PCCs have changed the culture of policing to focus on the victim and, in partnership with government, have ensured that the outrages of domestic abuse, violence against women and girls and modern slavery are given top priority and tackled. I would agree that more needs to be done to join-up currently fragmented probation programmes and tailor youth-offending programmes, though I would strongly argue that PCCs are ideally placed to fulfil this role and provide much needed local transparency and accountability to the commissioning of service provision in these areas. Whilst I do support the principle of devolving more responsibility to locally elected representatives, I would contend that, through PCCs, the right structure is already in place to bring partners together to deliver a more efficient and effective service in the areas of policing, crime, victims and in some cases, fire. Seventy-five per cent of the £335 billion spent each year on public services is directly managed by Whitehall. Reform describes this current approach to commissioning services as one-size-fits-all and overly fragmented, leading to victims needs being missed. It recommends devolving more than £100 billion of public spend  including 95 per cent of the NHSs budget  to local regions over the next 15 years. The report claims this would offer coherence that the current model does not, and avoiding ambiguity of responsibility. PCCs, the NHS and councils all have responsibility for areas such as funding drug rehabilitation services. Earlier this year, the Greater Manchesters PCC role was replaced with a directly elected mayor who has more devolved powers over criminal justice and rehabilitation. Andy Burnham was given greater responsibility for commissioning offender management services, education provision in prisons and youth offending programmes. Reforms proposed model would see powers passed to 38 regional combined authorities, such as in London and Greater Manchester, or unitary authorities as in place in Cornwall. Reform argues that single leaders would provide these bodies with the required level of strong governance and that mayors would be the ideal option. However, it said that regions should have the freedom to decide on the exact form this leadership should take. The report said: A new offer is needed. Single commissioning bodies can align incentives for integration, with teams dedicated to achieving outcomes and not following siloed approaches. Control of the commissioning [of services] should move to combined or unitary authorities. This means disbanding NHS England, clinical commissioning groups and PCCs.