Six thousand more neighbourhood officers could be lost unless further funding is found for policing in the upcoming budget, MPs have been warned. 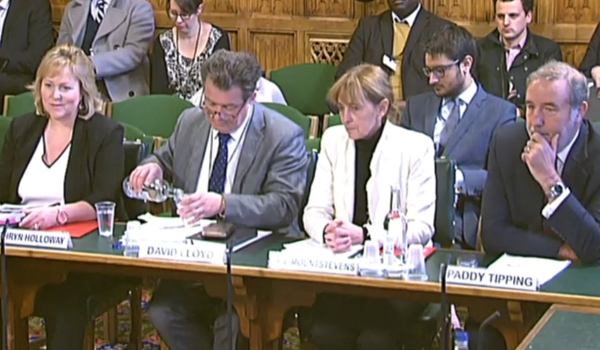 Six thousand more neighbourhood officers could be lost unless further funding is found for policing in the upcoming budget, MPs have been warned. Police and crime commissioners (PCCs) have predicted a crisis in neighbourhood policing as rising demand could force cuts to one of the services few remaining flexible resources. Addressing the Home Affairs Select Committee on Tuesday (November 14), Nottinghamshire PCC Paddy Tipping claimed without further investment, policing will be underfunded by £350 million in each of the next two years  alongside additional costs from rising inflation. He believes this would lead to the loss of 6,000 more officers and joined colleagues in calling for more investment from the Government to help address a perfect storm in pressures on the service. PCCs and chief constables have already submitted a bid for £440 million next year, rising to £845 million in 2019/20, which would allow forces to reinforce neighbourhood policing numbers. Mr Tipping said: A £350 million gap nationally over the next two years implies a cut of 6,000 officers on top of 20,000 that have been lost. He added: The only place really for the police to go as well as making efficiencies is to further look at neighbourhood policing, because in a sense, thats the flexible part of the police resource. Figures from the Office for National Statistics show that 22 per cent of people saw visible neighbourhood policing in 2015/16, compared with 39 per cent in 2010/11. Meanwhile, officer numbers have fallen to their lowest level since 1985, and approximately 4,000 police community support officer roles have been cut over the last five years. Sue Mountstevens, PCC for Avon and Somerset, told the committee that she has ring-fenced neighbourhood policing teams since 2015 but is very concerned about the impact of the upcoming funding settlement. Avon and Somerset Constabulary currently faces a £5.5 million funding gap even if its share of the council tax precept increases by the full amount. Ms Mountstevens believes making cuts of this scale could require the force to lose another 100 officers. David Lloyd, chair of the Association of PCCs, suggested the funding gap facing the service could be as high as £1.4 billion. He called for PCCs to be given more control over the amount they are allowed to increase the council tax precept by to help meet this shortfall. Under current rules, changes to the precept are capped at two per cent or £5 in forces with the lowest rate without triggering a referendum. Mr Lloyd claims that enabling him to make a £1 a week increase would make all the difference to policing in his force area. We are not talking about huge sums of money but I think we do now have an opportunity to make a difference and to ensure that our population is safe, he said. The Government has suggested forces could alleviate some of this burden by drawing on the £1.6 billion currently held in reserves. However, Mr Tipping pointed out that nationally, reserves have fallen by 22 per cent since 2015 and are expected to reduce by half again over the next few years. Large sections of this money have also already been earmarked for existing projects such as building new custody suites and control rooms. The committee also heard that without further funding forces will soon have to hold discussions on which duties they may have to give up in the future. Bedfordshire PCC Kathryn Holloway pointed out that it is an open secret that her force is in the worst financial situation in English and Welsh policing. Bedfordshire Polices budget is in the lowest quartile of central government funding and of council tax precept, with an overall annual revenue of just £102 million. Ms Holloway believes that if cuts go ahead, the force may have to stop responding to retail thefts where the value of stolen goods is less than £100. She added that this would likely lead to Bedfordshire becoming the retail theft capital of the UK as thieves would descend on the