Just eight police and crime commissioners (PCCs)  all Conservatives  have proposed a change of governance in their fire and rescue service, while the majority decide to take a seat on the fire authority or make no changes at all. 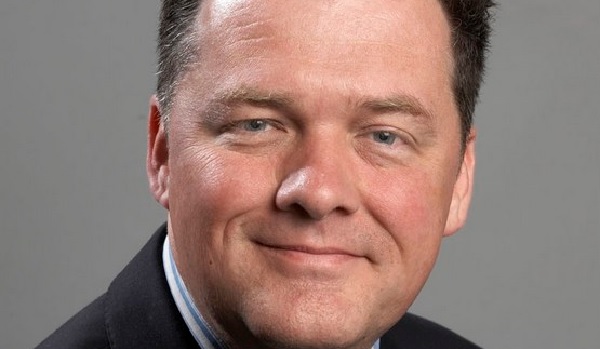 Just eight police and crime commissioners (PCCs)  all Conservatives  have proposed a change of governance in their fire and rescue service, while the majority decide to take a seat on the fire authority or make no changes at all. Earlier this year, the Policing and Crime Act 2017 received Royal Assent, allowing PCCs to take responsibility of the fire and rescue service in their area, and giving them a similar oversight to the police service. However, no Labour or Independent PCCs will be proposing a takeover any time soon, and the eight Conservatives make up less than half of the partys representatives. Hertfordshire PCC and chair of the Association of PCCs, David Lloyd, said it is for other PCCs to determine what the best arrangements are for their force areas, adding that such collaboration should be locally led and driven. The first PCC to announce a takeover of the fire service was Essex PCC Roger Hirst, who will officially become the police, fire and crime commissioner in October. He believes the decision to allow closer collaboration will save money and help to improve the service it provides to the public. By ensuring a more joined-up response to incidents, providing crime and fire prevention advice, creating community safety hubs, and sharing buildings, we can improve how we work and generate significant savings which can then be reinvested back into frontline services, Mr Hirst said. Mr Lloyd sent his proposal to the Home Office for the takeover of the fire and rescue service governance in August following an eight-week public consultation despite some concerns raised. He awaits the final outcome. The county council objected to the proposed transfer, as it said the benefits claimed are not supported by evidence of their achievability, and it would incur significant implementation costs. Another PCC who faced local resistance over her proposals was North Yorkshire PCC Julia Mulligan. During a public consultation that ends on September 22, Ms Mulligans proposal that she should have oversight of the fire service was rejected by the Police and Crime Panel. Councillor Ashley Mason said the panel members have serious concerns that if the fire authority is scrapped, there will be no accountable body to ensure she is doing a good job for both the police and fire service. Of the PCCs, 11 have decided to either make no change or watch the progress made by other forces in order to make an informed decision. Following an independent review, Suffolk PCC Tim Passmore confirmed on Friday (September 8) there is insufficient evidence to suggest a governance change is necessary. He said: Suffolk Constabulary and Suffolk Fire and Rescue Service (SFRS) are both relatively low-cost services and whilst I understand the medium-term financial position of SFRS is protected; the longer-term position is less clear. It would be foolhardy for me to make such a major change to the governance of the fire service whilst this uncertainty exists. At this point, I think my main focus needs to be on the challenges that the constabulary faces and making sure we deliver the best possible policing for Suffolks taxpayers. PCC for South Yorkshire, Dr Alan Billings, also has no intentions as of yet to take over governance of the fire authority, but a police and fire station is scheduled to open in Rotherham later this month. He said: I told the South Yorkshire Fire and Rescue Authority I do not intend to add fire to my job description at the present time, though pressure from the Government may mean I have to revisit this in the future. A further eight PCCs decided to take a seat on the fire authority instead of taking over governance of the fire service, believing it will encourage a closer partnership between the two organisations. Jane Kennedy, PCC for Merseyside, believes becoming a full voting member of the authority will allow the police and fire service to work effectively and make significant savings without a change of governance. This is a se